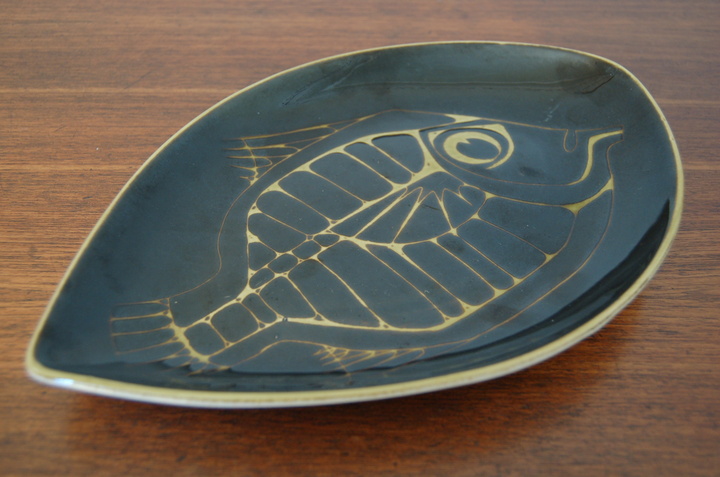 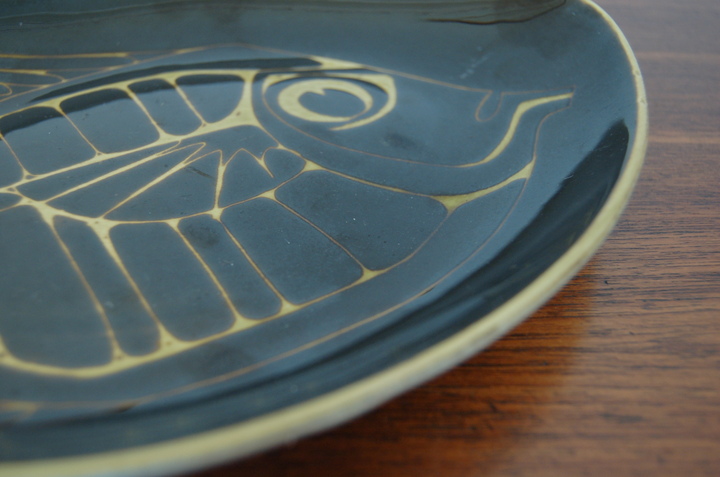 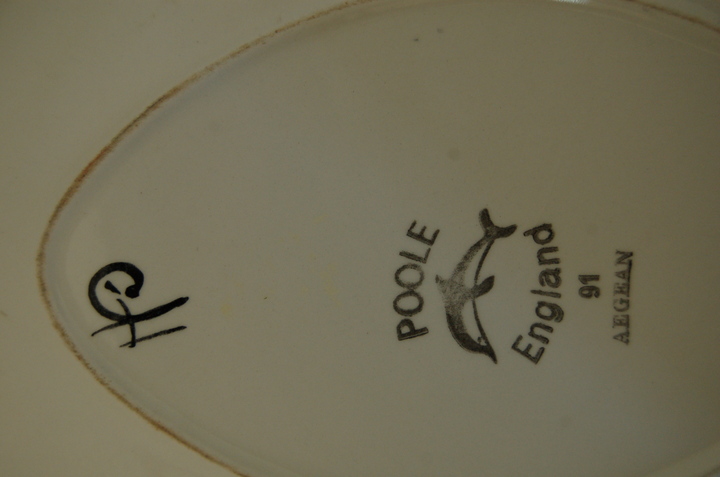 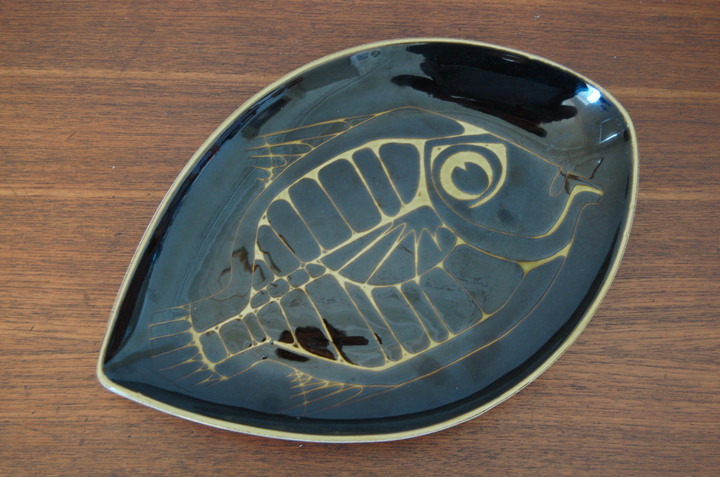 £45.00
Sold
Simple Aegean shield platter for Poole Pottery, decorated with a fish outlined in ochre on dark background. The Aegean range was introduced in 1970, following the success of it's predecessor Delphis and used the same shapes. The shield shape, no. 91, was introduced earlier in 1968. The distinctive decorator's mark is possibly that of Carolyn Wills who worked for Poole from 1972-79.

Developed in 1969, the Aegean range featured 5 distinct decorative techniques – silhouette, sgrafitto, mosaic, flow line and carved. The various techniques were both inventive and technically accomplished with superb use of modern glazes and production methods . Initially developed by Leslie Elsden as a replacement for the Delphis range it features abstract, landscape, marine and animal subjects in a darker palette over a range of 22 standard shapes. It was never as popular as Delphis but ran as a complementary rather than a replacement range until 1980.