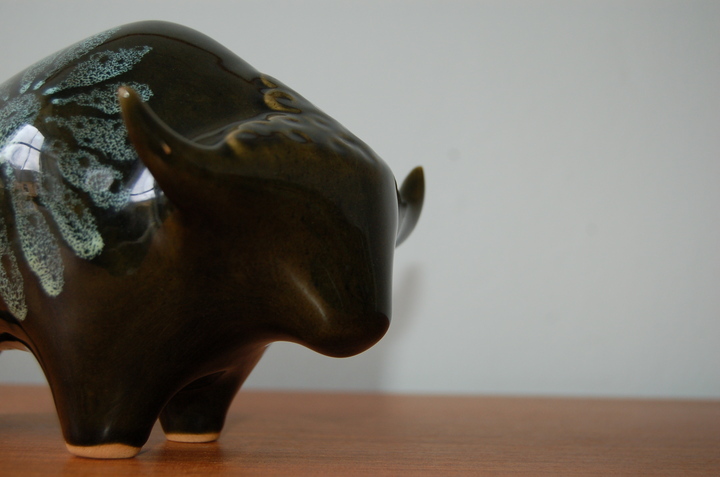 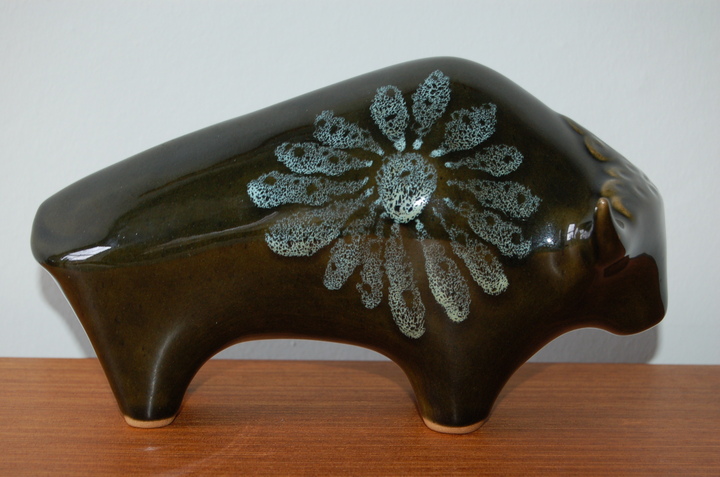 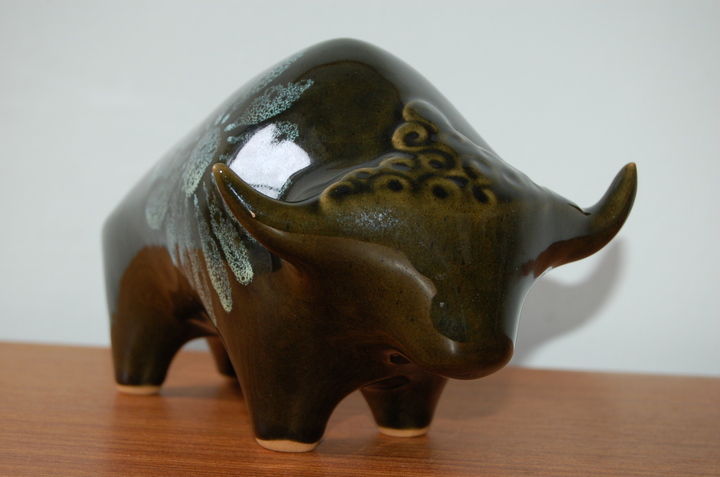 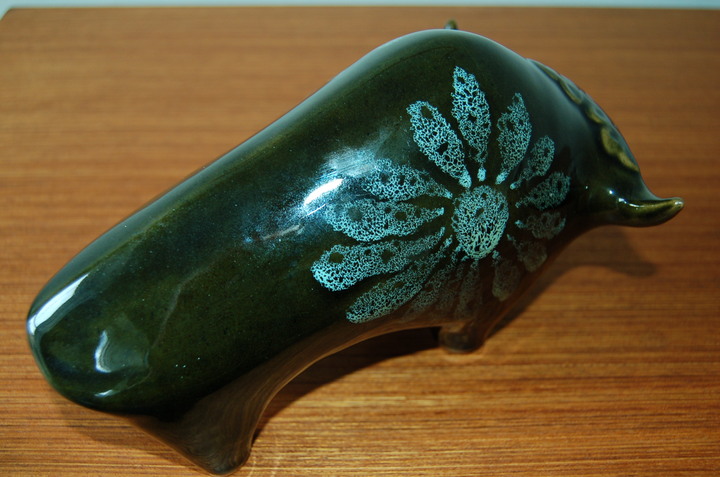 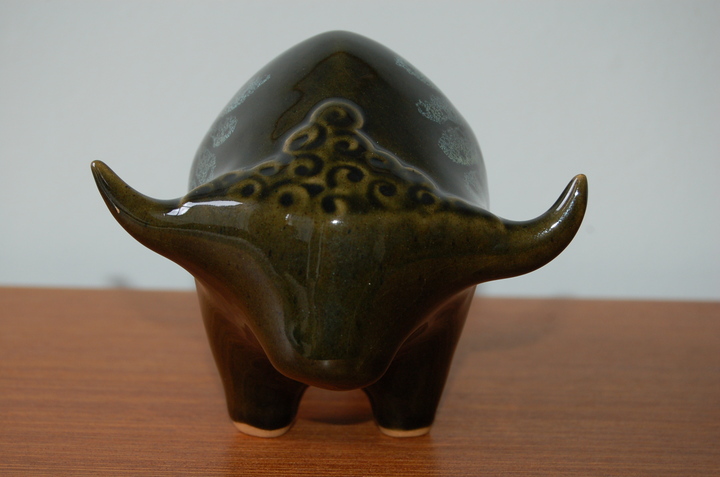 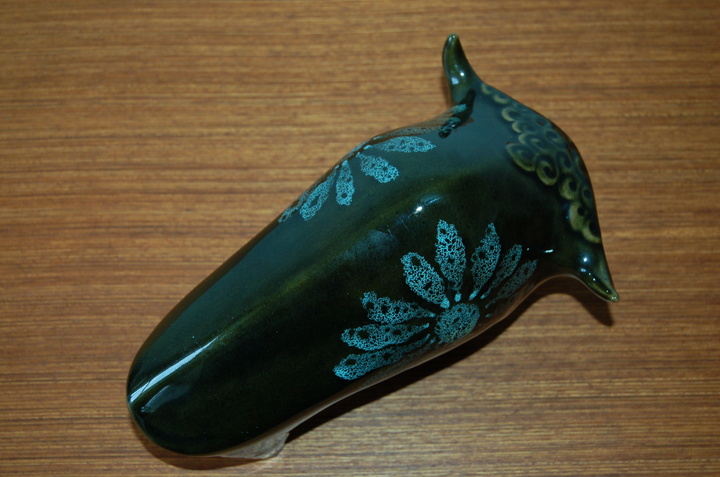 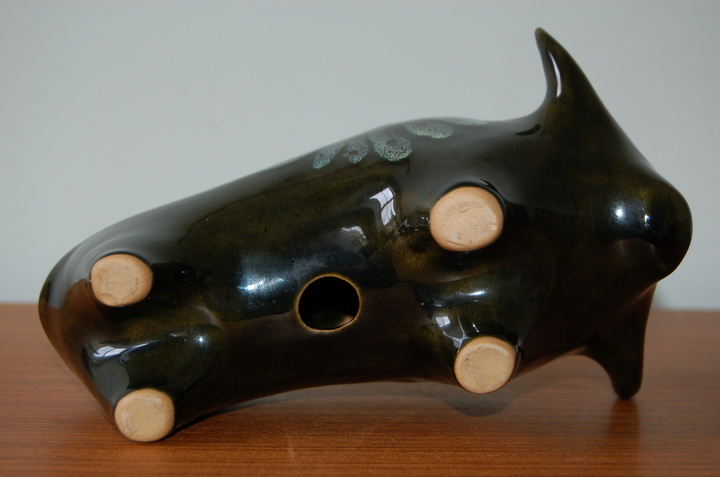 £85.00
Sold
This is one of the larger stylised magnificent beasts.

This bull has the classic 'Petal on Sage' colourway. As is usual for these figures it does not have a pottery mark.

The bulls were produced in the 1960’s to 70’s in several sizes, ranging between five and thirteen inches. There were slight variations to their shape and being hand-painted and glazed, variations to the colour, which ranged from a light grey-green to olive. The size and style of the daisy also varies, with motifs of leaves, ferns and interlinking circles motifs also featuring.

Some bulls have tendrils of hair between their horns - as this one does.

Lotus Pottery was founded in 1957 by Michael and Elizabeth Skipworth at Stoke Gabriel in Devon. For the first 20 or so years they produced earthenware until Michael built a wood fired kiln and they then started making stoneware and porcelain items. At the peak of its popularity in the mid-seventies, Lotus Pottery attracted tourists to view the pots being thrown and to buy their products. The pottery ceased production in 1999.