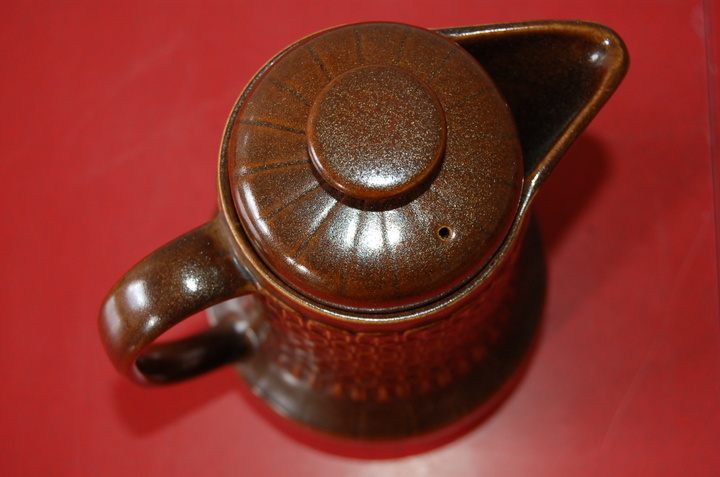 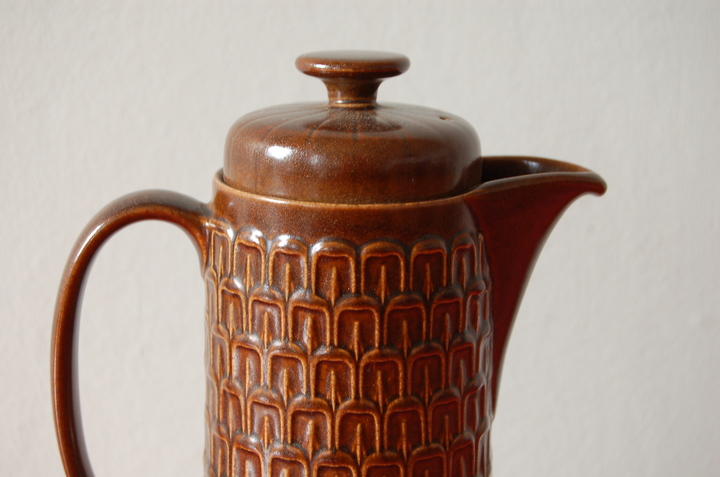 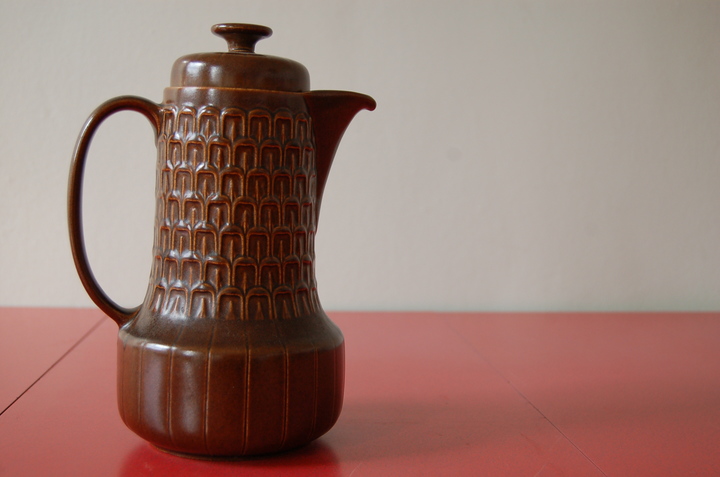 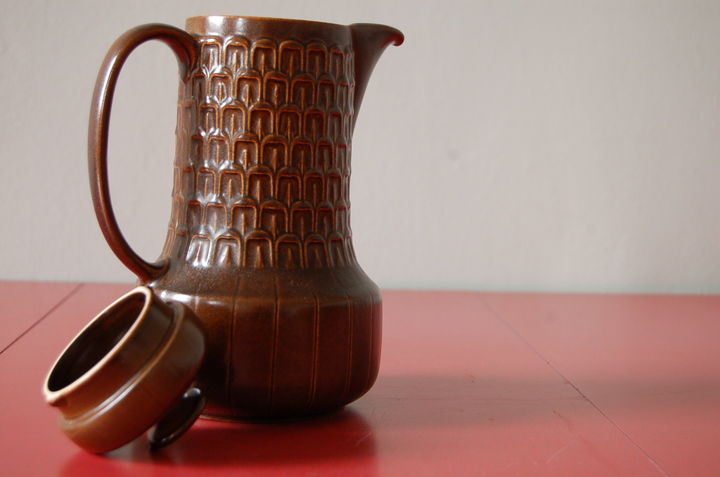 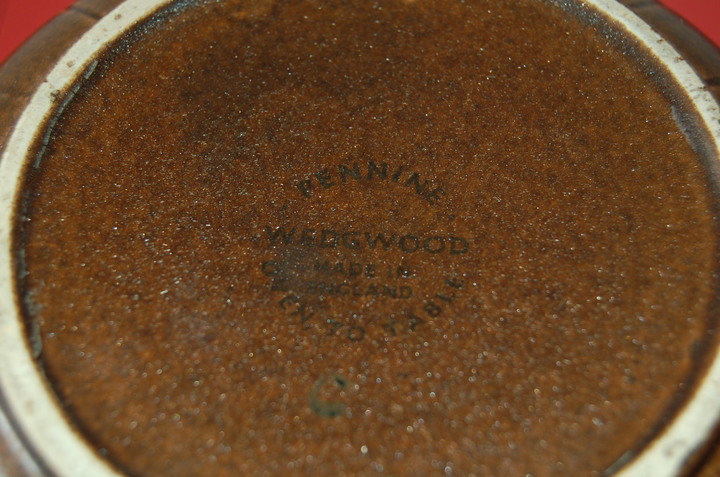 £24.00
Buy
Pennine, produced by Wedgwood from 1965 to the early 1980s, is a fabulous mid-century pattern which features a beautiful embossed design on a dark brown / amber glazed ground. The coffee pot is a very elegant shape with bulbous base rising though a cylindrical body to the graciously curved spout. The lid has a simple segmented design.