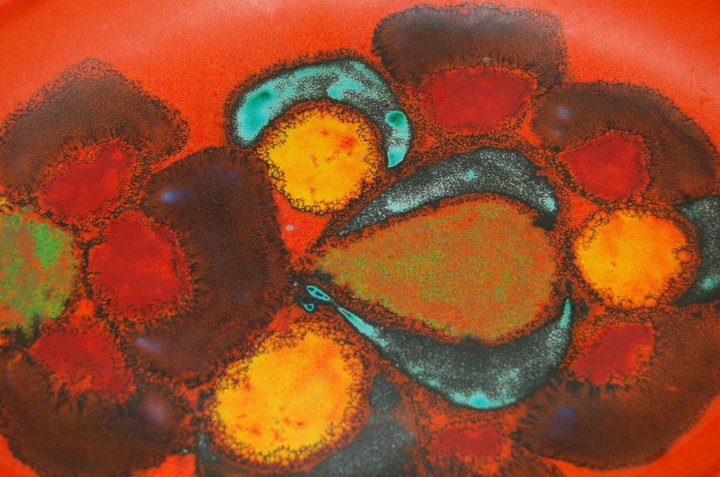 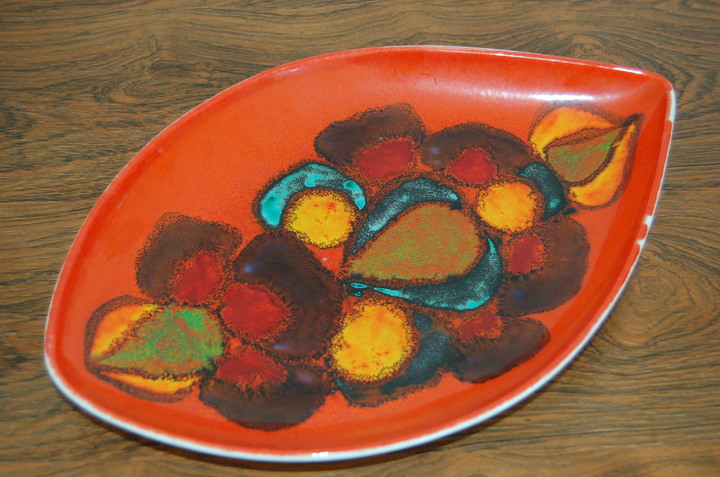 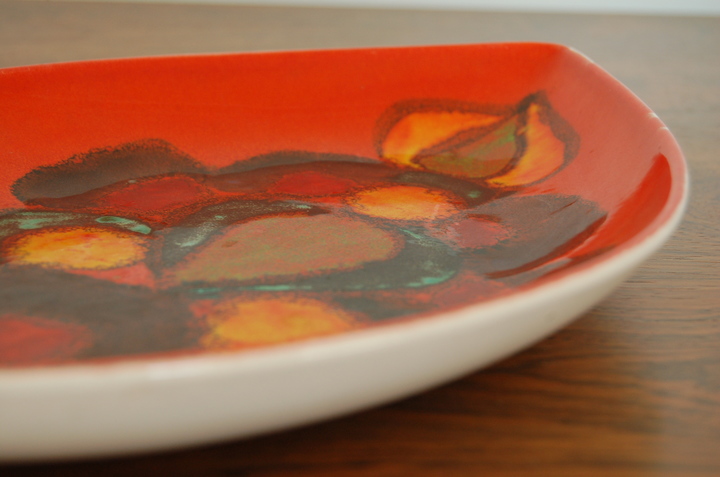 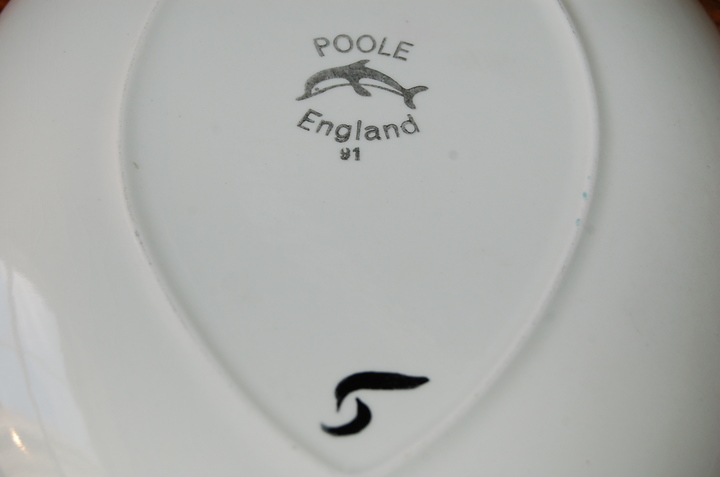 £30.00
Sold
Vibrant Poole Delphis platter with abstract hand-painted decoration, suggestive of fruits in red, orange, green, turquoise and brown on a deep orange background. The shield shape dish was introduced in 1968 - shape no. 91. The factory mark (no. 47) was used from 1966-80 and the decorator's mark may be a simplified version of Pam Bevans' who worked for Poole from 1970-72, but it's not listed anywhere.