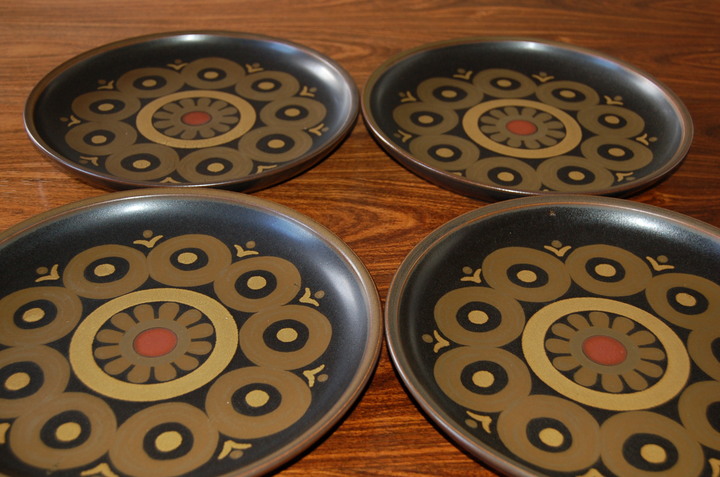 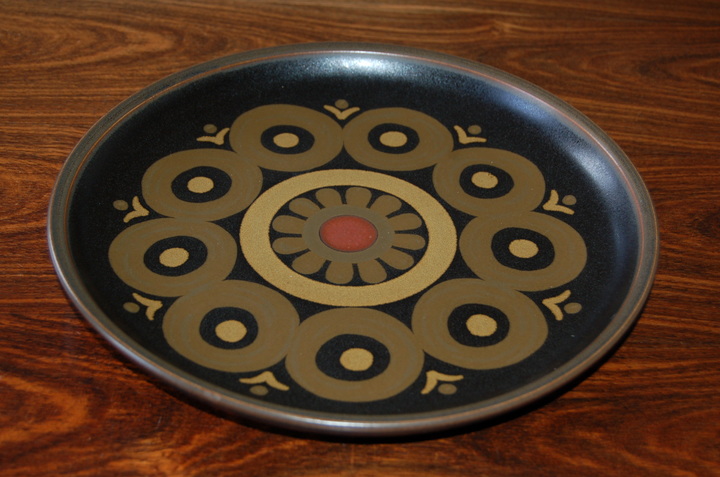 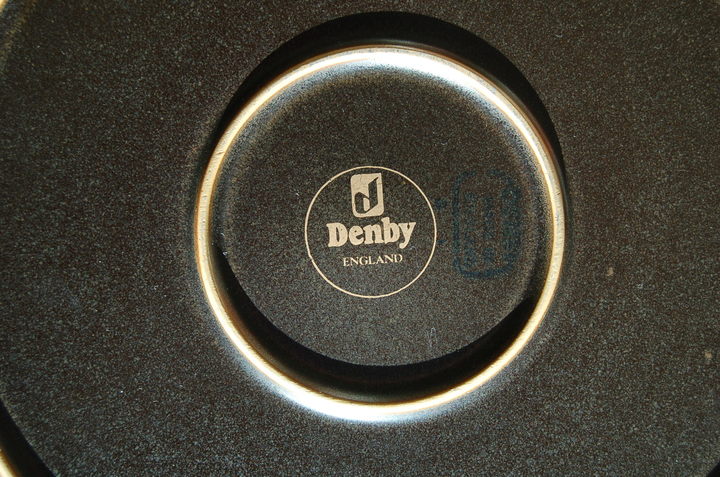 £40.00
Sold
Beautiful plates, the medium size in the range. These work well as decorative items as well as being very practical.

Distinctive style in unusual colours. In great condition. The saucers have a raised centre which holds the cups in place.
Denby Arabesque is one of the more famous discontinued tableware patterns from the Denby Pottery. It was designed by Gill Pemberton and was inspired by a trip to Russia.