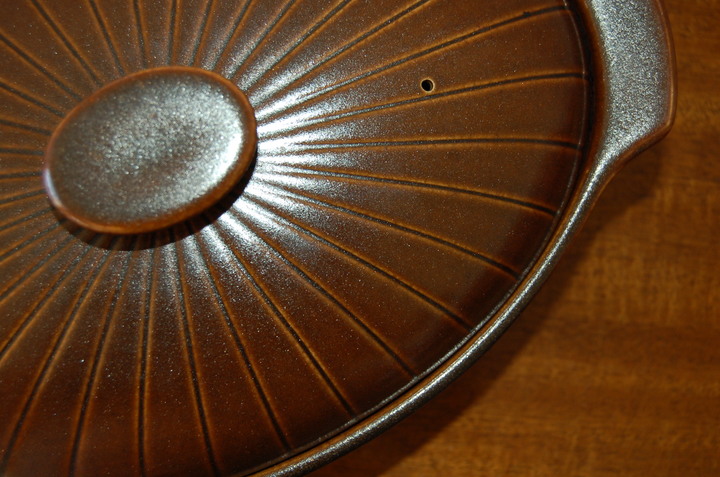 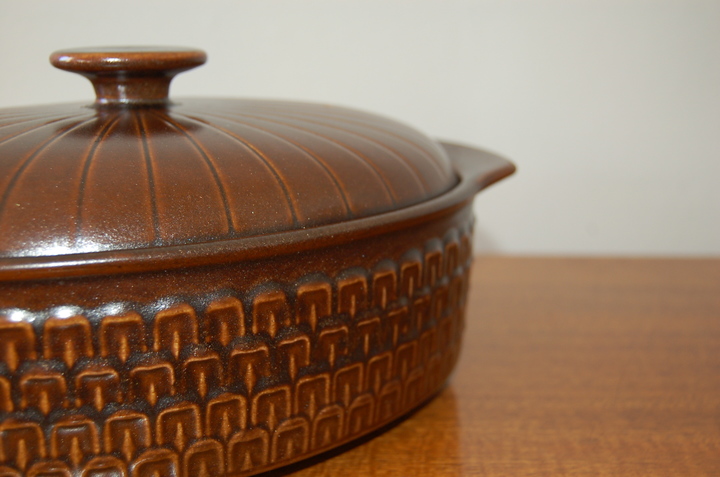 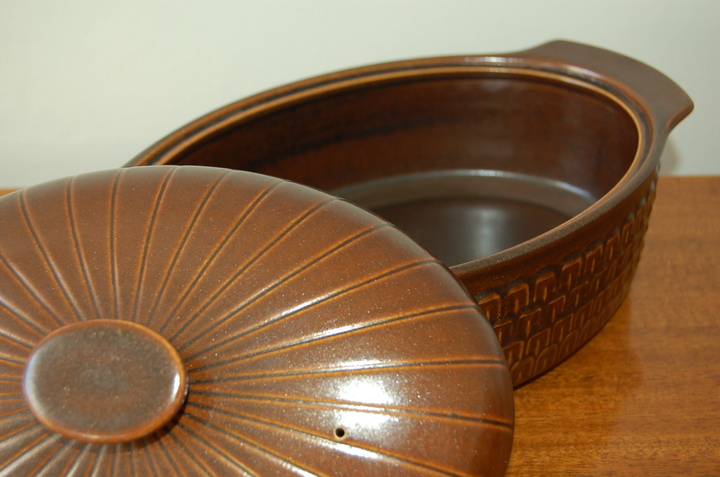 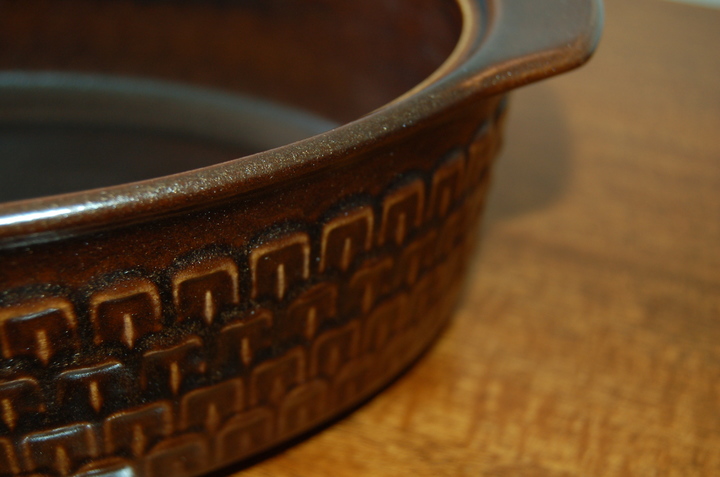 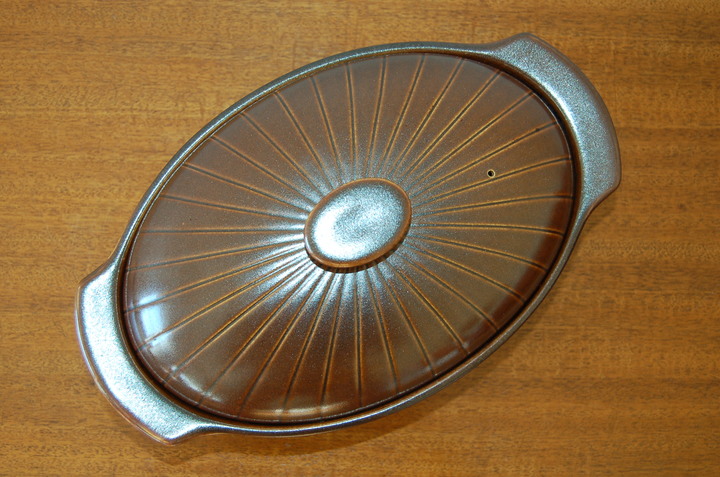 £24.00
Sold
Pennine, produced by Wedgwood from 1965 to the early 1980s, is a fabulous mid-century pattern which features a beautiful embossed design on a dark brown / amber glazed ground. Rare, oval tureen / casserole, from oven to tableware, with embossed sides and segmented pattern on lid.

Eric Owen tasked himself with eliminating the more vulnerable parts of the shapes and also strengthening weak-spots in order to increase resistance to chipping. This goal was epitomised by the short and sturdy spouts of teapots, and also the handles of the sauceboat, teacup and cream jug. Other items were evolved to serve numerous purposes which reduced the number of items that the customer would need to buy.