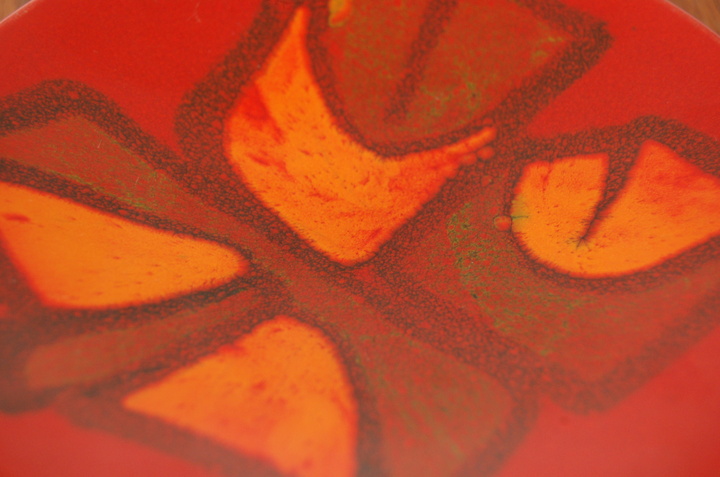 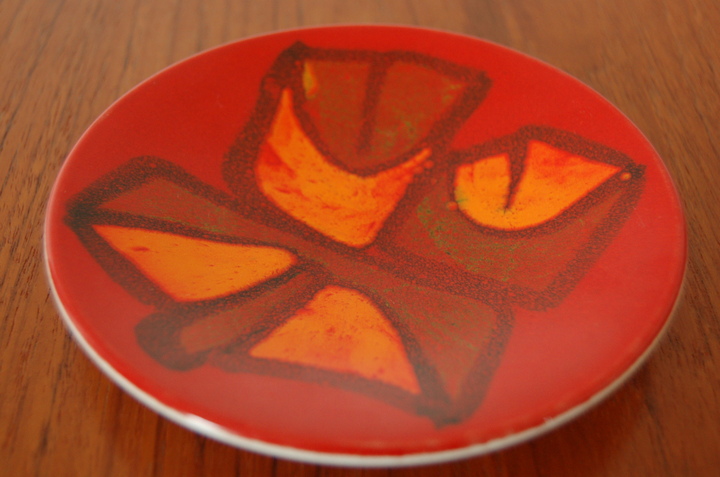 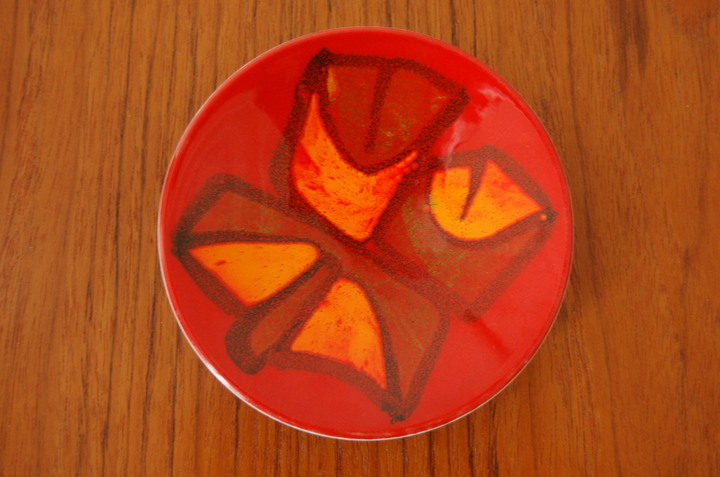 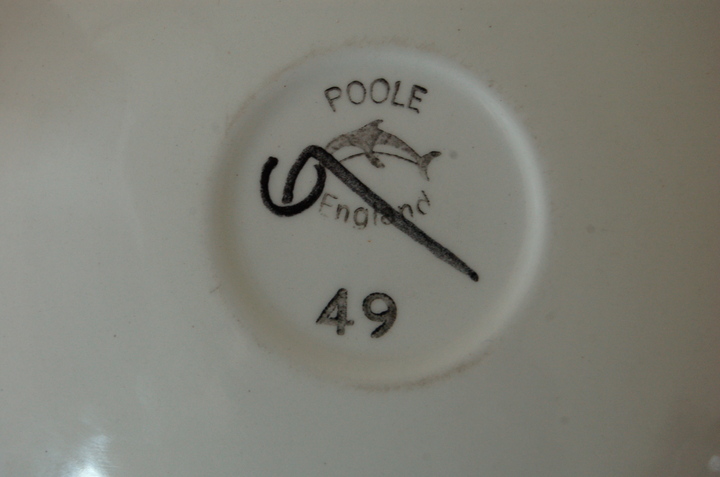 £25.00
Sold
Small round Poole Delphis pin dish with vibrant abstract hand-painted decoration, in orange and brown with stipples of green on a deep red background. Decorator's mark of Gillian Taylor who worked for Poole from 1971-72. Factory mark - 49.