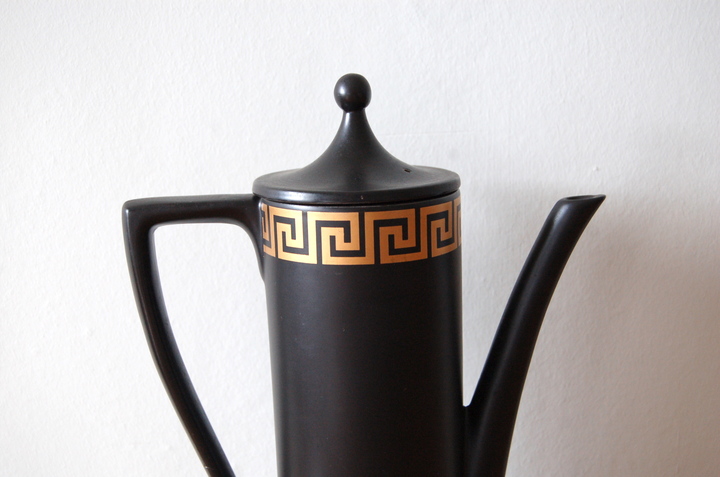 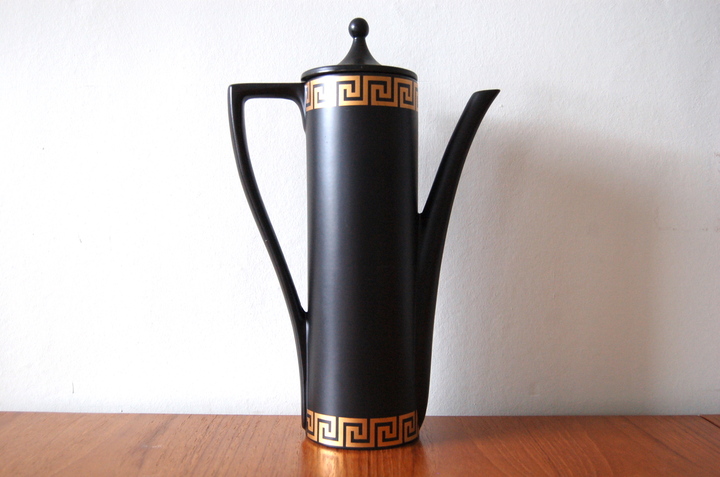 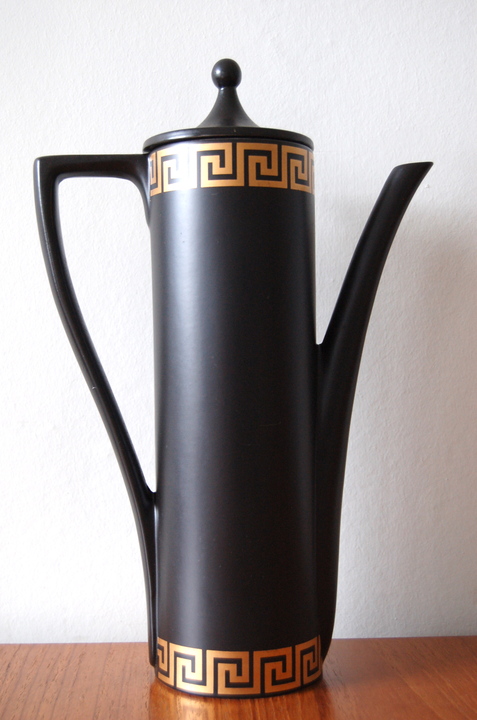 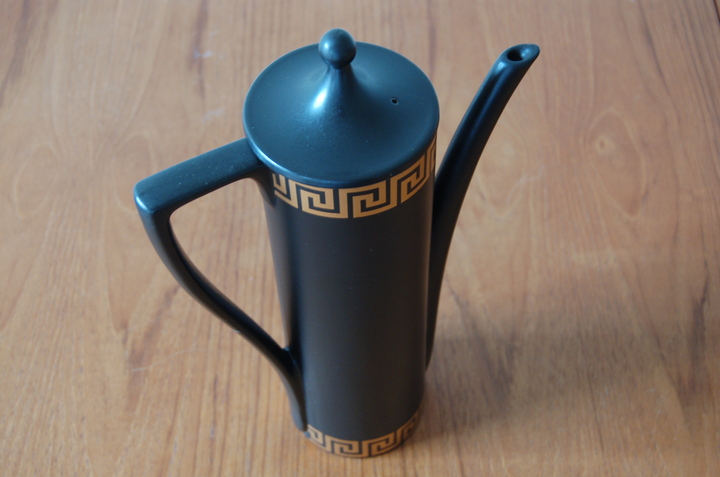 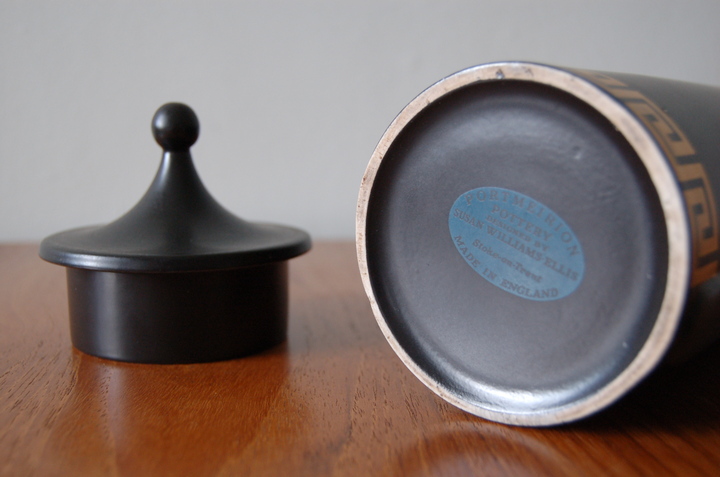 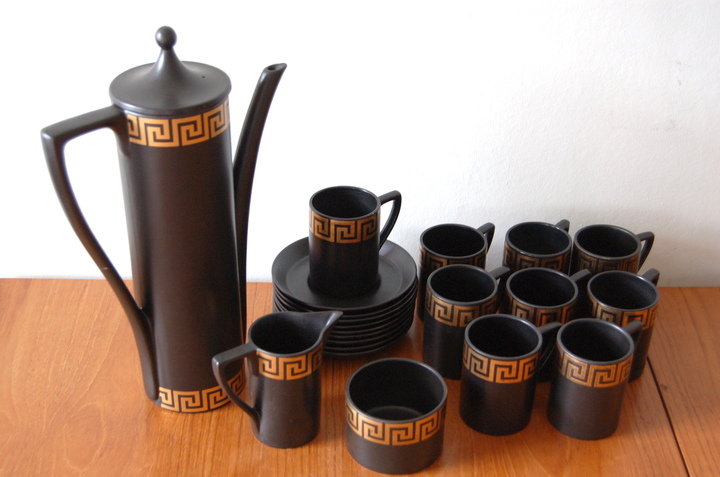 The Greek Key design came about following a chance find in the Kirkham's Pottery archives of a copper plate with the pattern on it. Brought into production in 1963 the original design was adapted to silkscreen and used on a whole range of products from coffee sets to storage jars and rolling pins. They were produced in Gold Key on a black and white body and also new colours of turquoise and orange were produced in 1967. Gold on matt black became the most common combination, carrying on until 1983. All combinations became design classics and as such are very collectable.