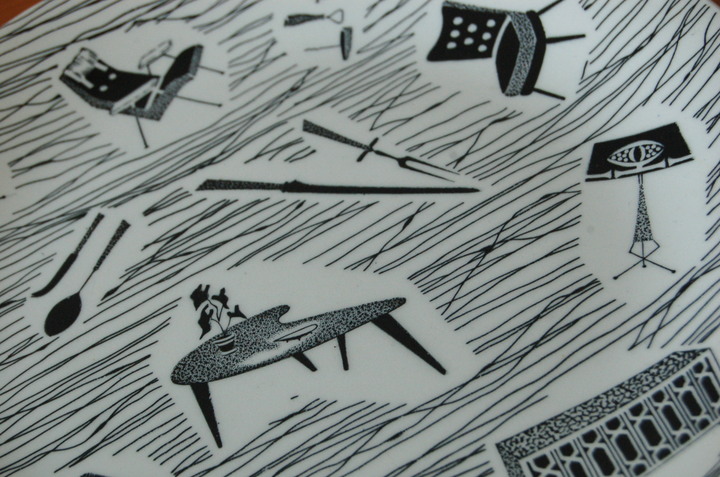 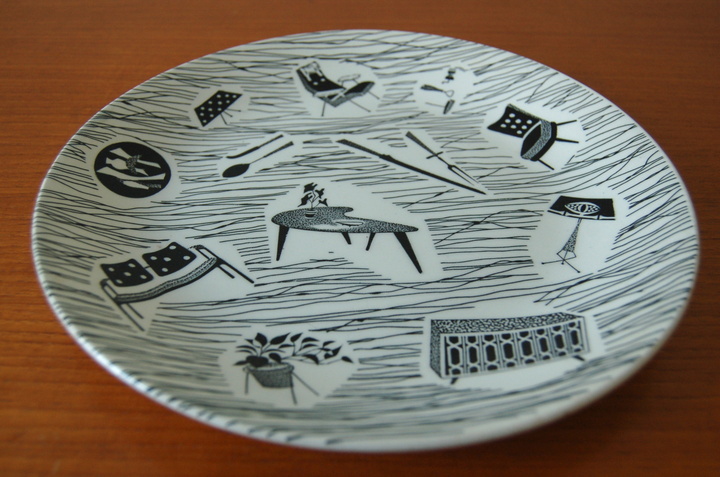 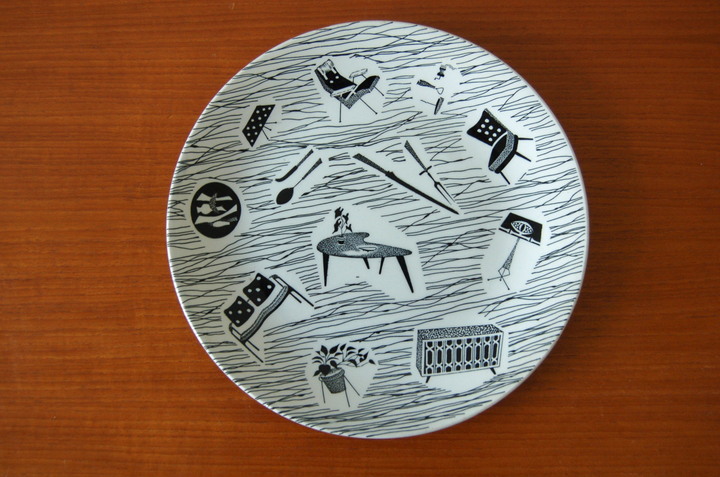 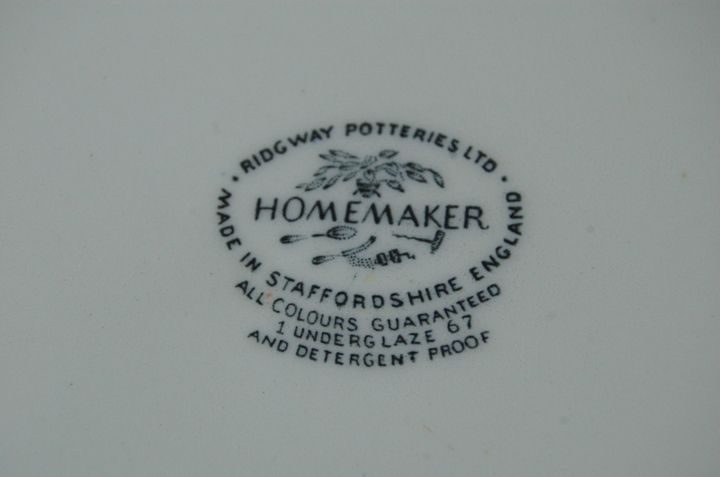 Homemaker was produced from 1957 to 1970. There was a huge range produced in two different basic shapes: Metro and Cadenza. When Cadenza was introduced in 1966, most items were not changed, and the original Metro shape continued for most pieces. The Cadenza shape seems only to have been used on the hollow ware (teapots, coffee pots, milk jugs and tureens).

There were a variety of different sized plates in the Homemaker range. Round plates were sold in 7-inch, 8-inch, 9-inch and 10-inch sizes. You can work out the size by the number of motifs on the design - six motifs on the 7-inch plate, eight on the 8-inch, ten on the 9-inch and twelve on the 10-inch.