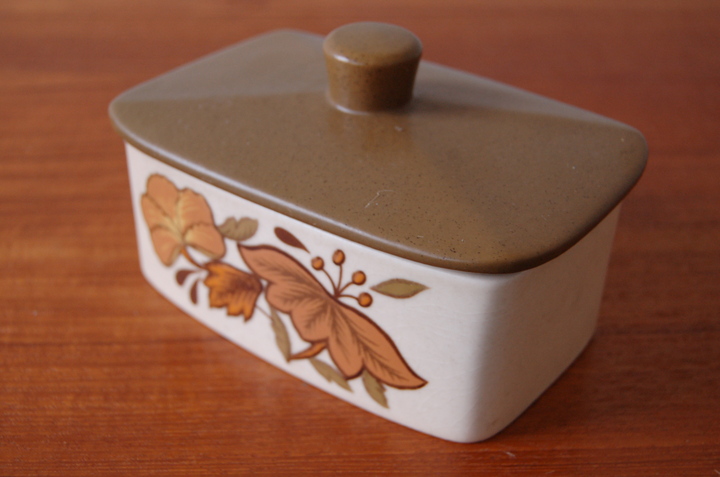 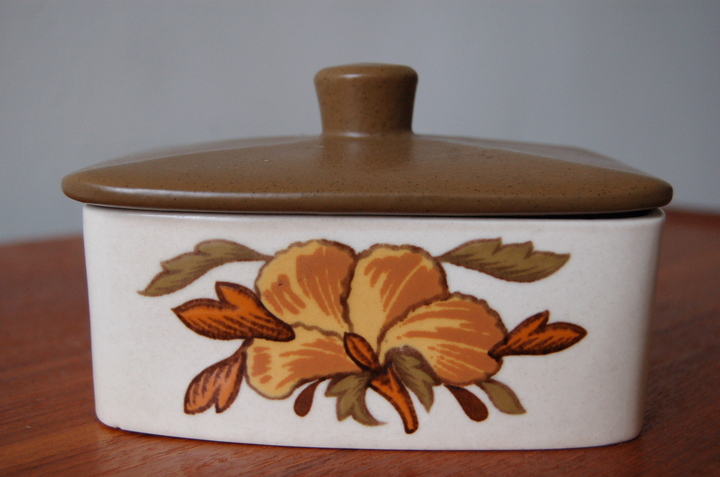 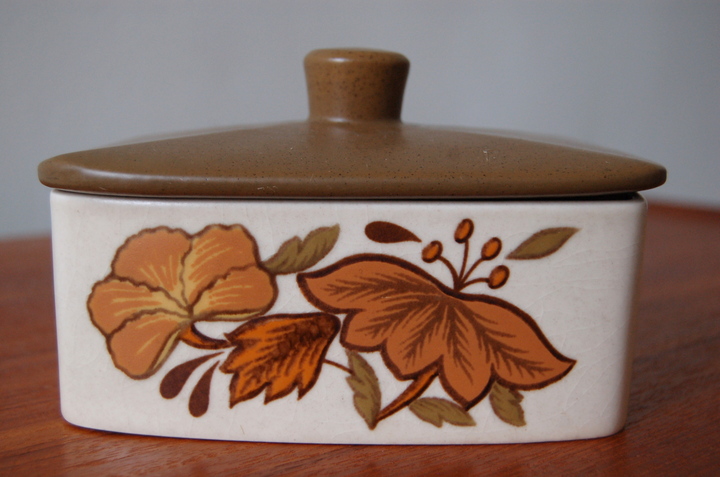 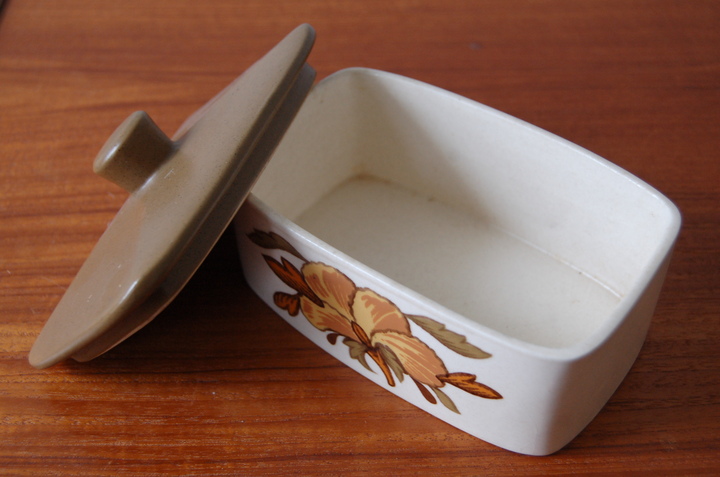 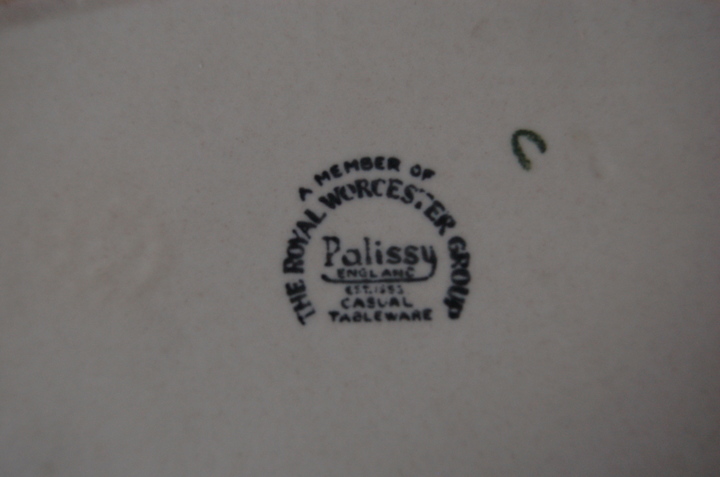 £14.00
Buy
Butter dish from the Kismet range by Palissy, circa 1970’s. Confident, slightly embossed, pattern of flowers and leaves in mustard, orange, umber and olive green, matching olive/brown lid. One side features a single flower, with two flowers on the other side.