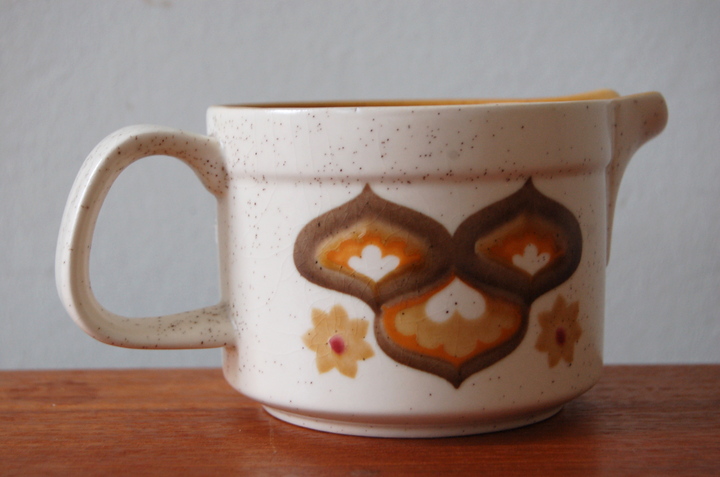 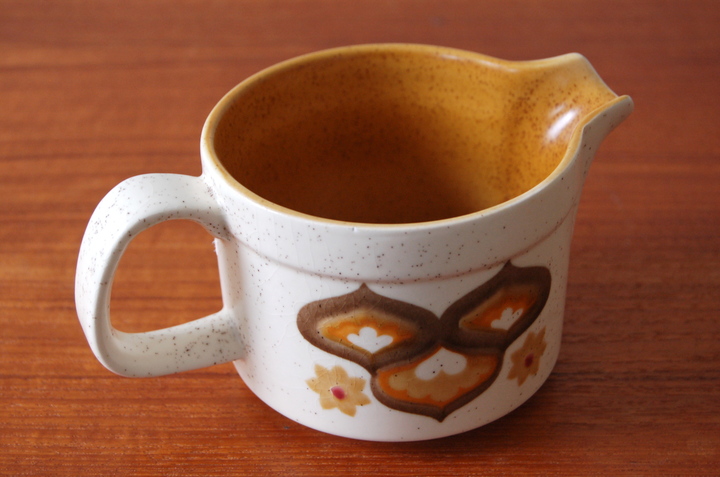 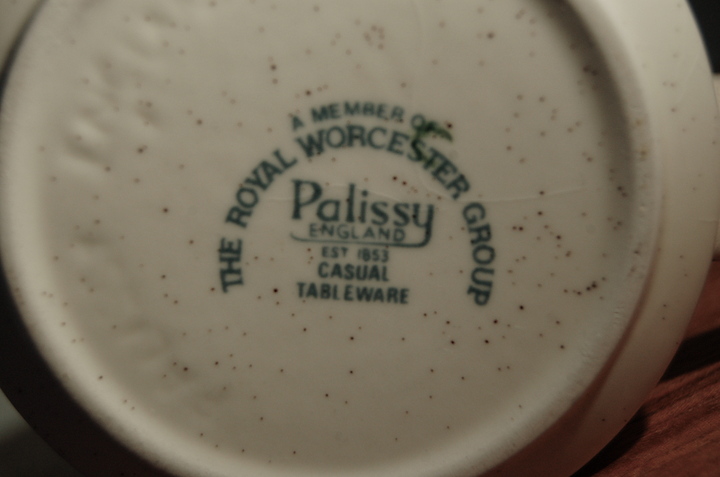 £12.00
Buy
Attractive jug from the Kalabar range by Palissy, circa 1970’s. The charming pattern of 'onion petal' shapes in orange, beige and brown, beige flowers with pink centres, on a speckled oatmeal background and deep umber interior. Two available.