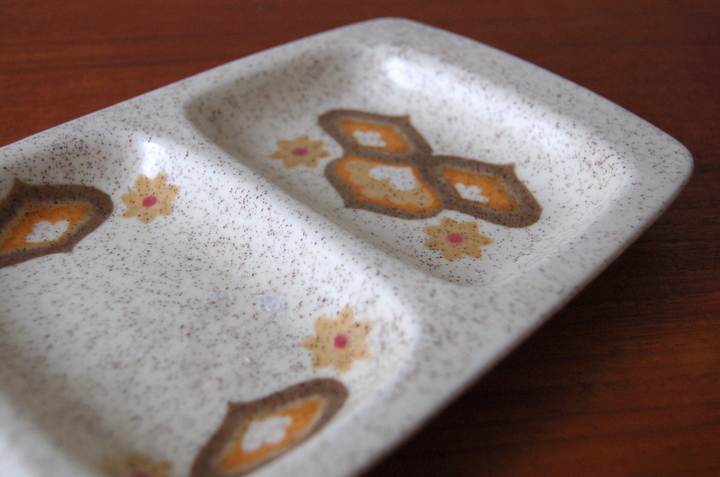 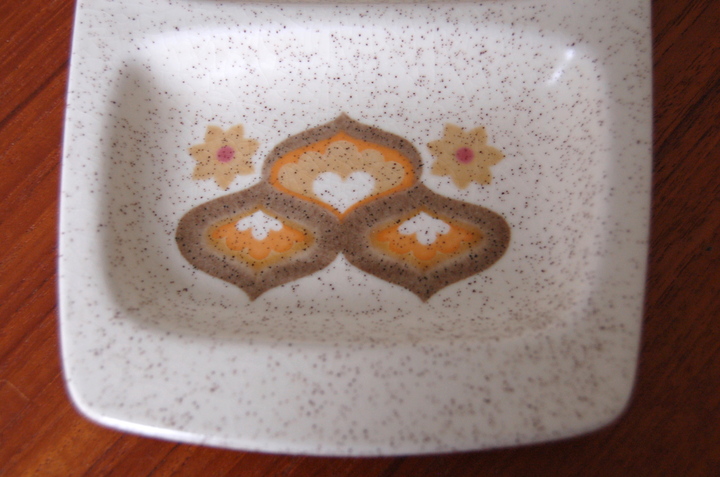 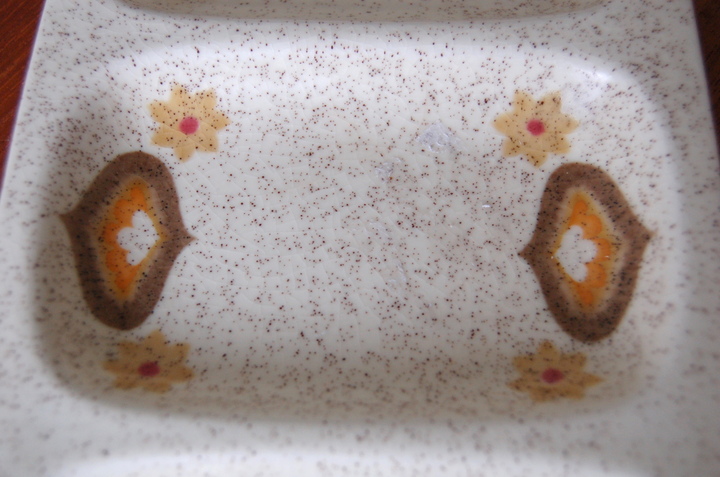 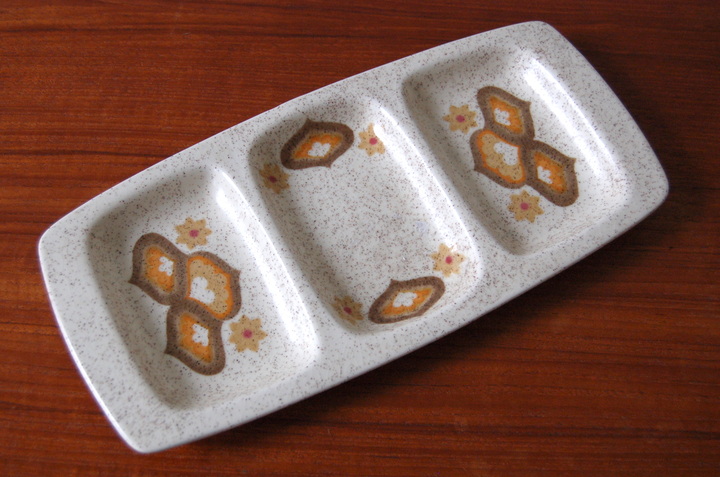 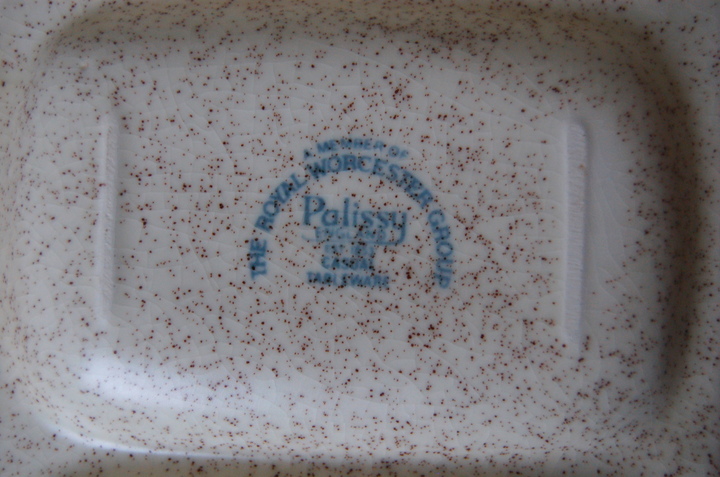 £9.00
Buy
Snack tray, with three sections, in the Kalabar design by Palissy, circa 1970’s. The charming pattern of 'onion petal' shapes in orange, beige and brown, beige flowers with pink centres, on a speckled oatmeal background.