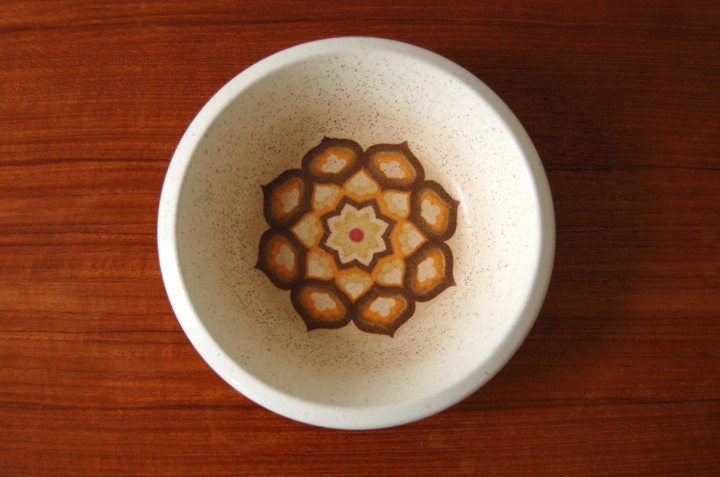 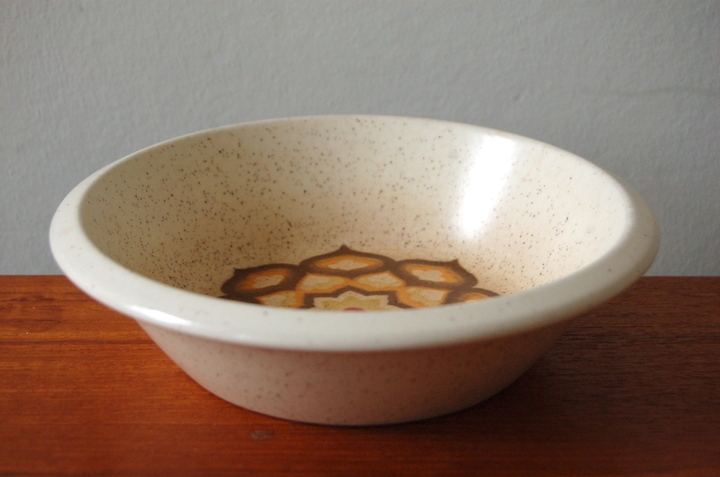 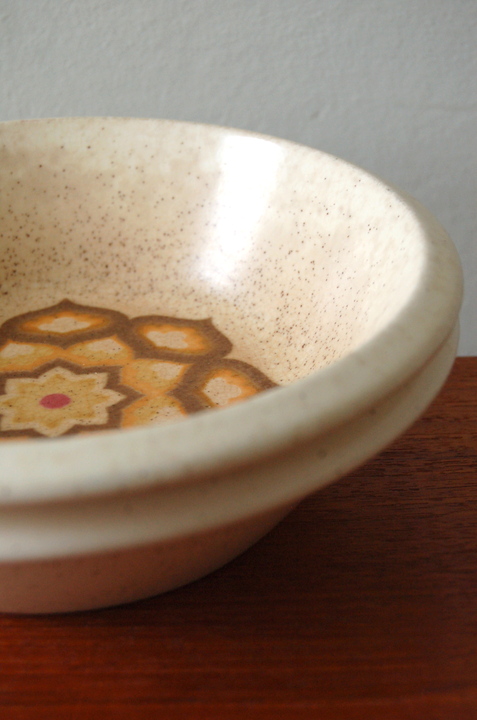 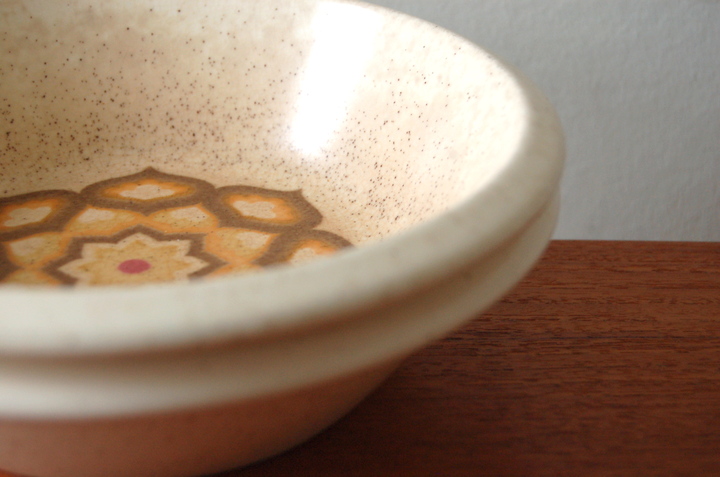 £6.00
Sold
A cereal bowl in the Kalabar design by Palissy, circa 1970’s. The charming pattern of 'onion petal' shapes in orange, beige and brown, beige flowers with pink centres, on a speckled oatmeal background.