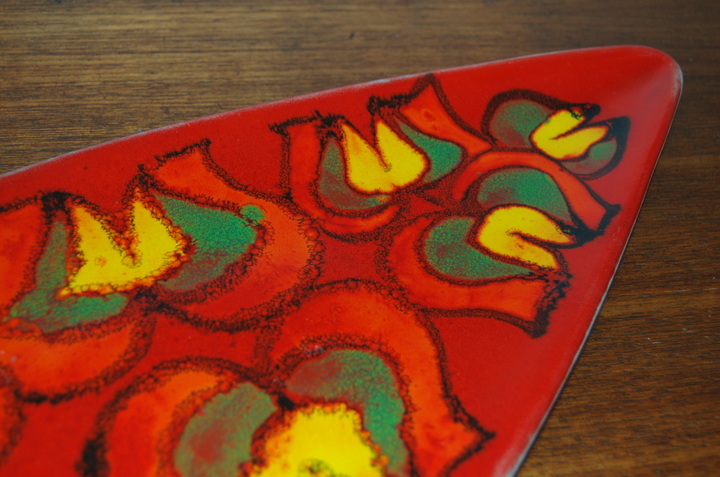 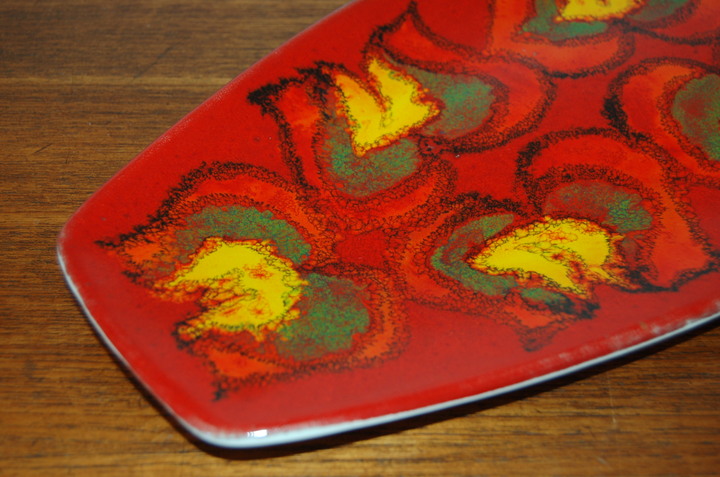 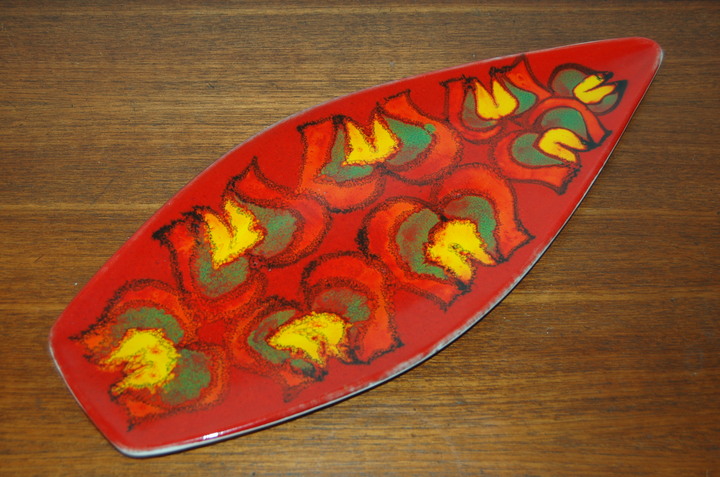 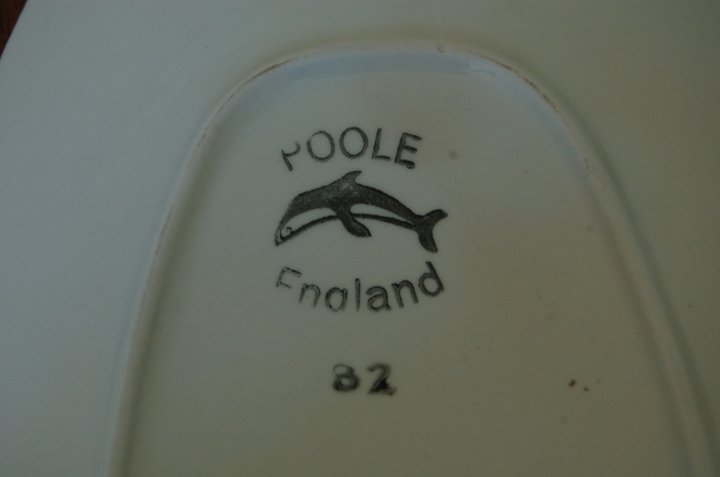 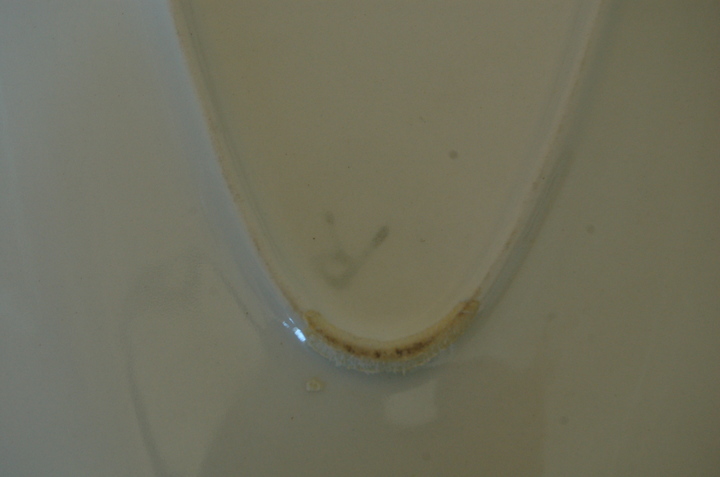 £50.00
Sold
Large vibrant Poole Pottery Studio Delphis spear platter, shape no. 82. Abstract hand-painted decoration, reminiscent of flowers or buds, in yellow, green and orange with dark 'bubbly' outlines on a red background. The decorator's mark is a faint R which cannot be identified.