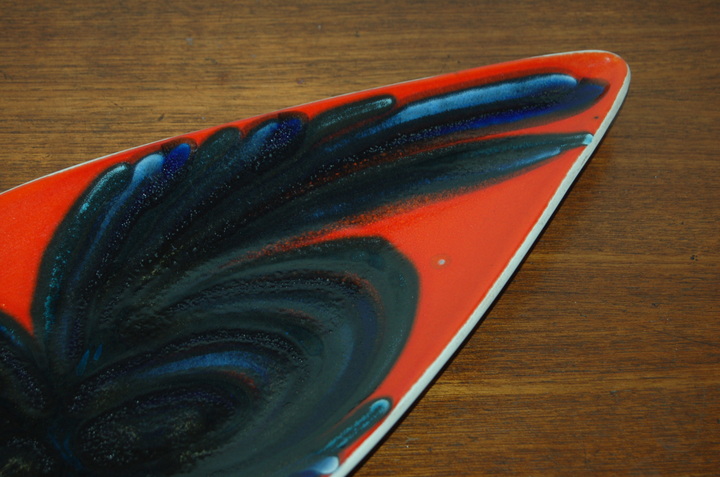 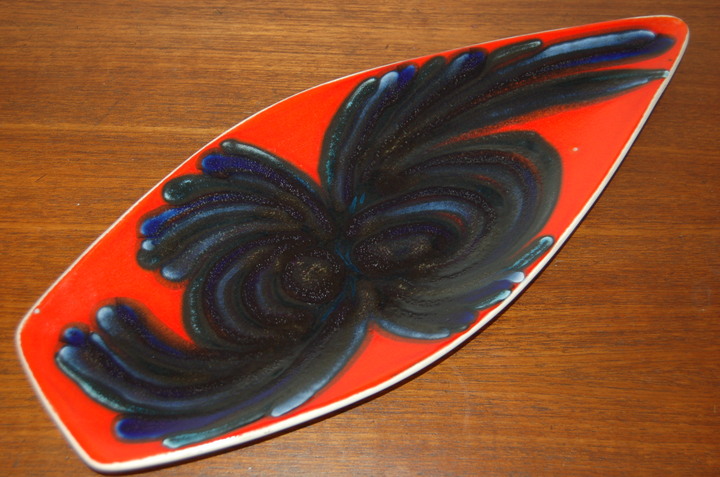 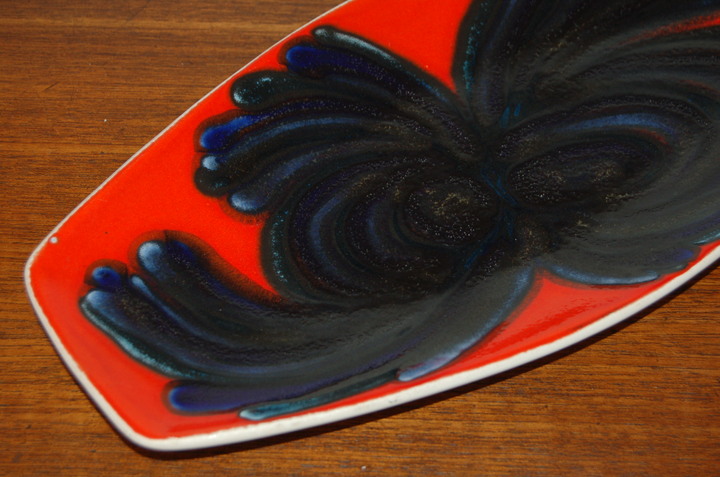 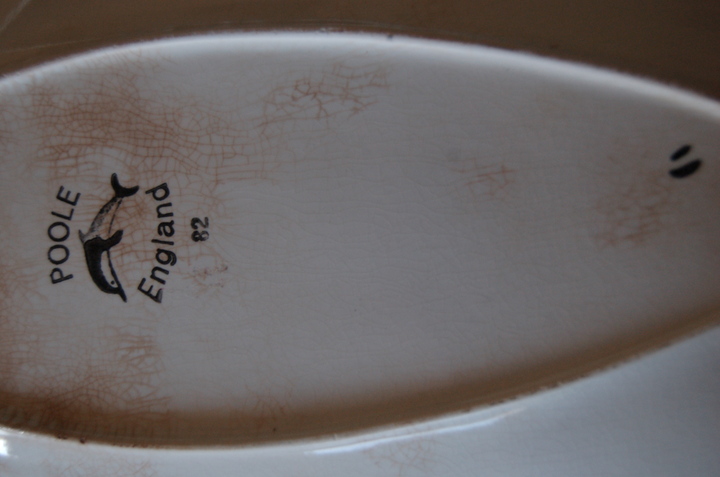 £65.00
Buy
A fabulous large Poole Delphis spear platter, shape no.82, decorated in swirls of very dark, almost black, blue with splashes of light blue. Decorator's mark suggests it was likely painted by Angela Wyburgh who worked for Poole Pottery from 1968-73 - this is confirmed in an attribution of another very similar dish. A sensational piece.