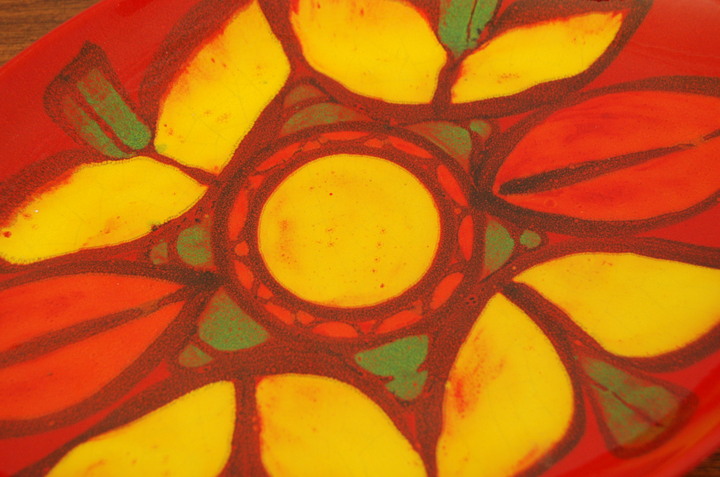 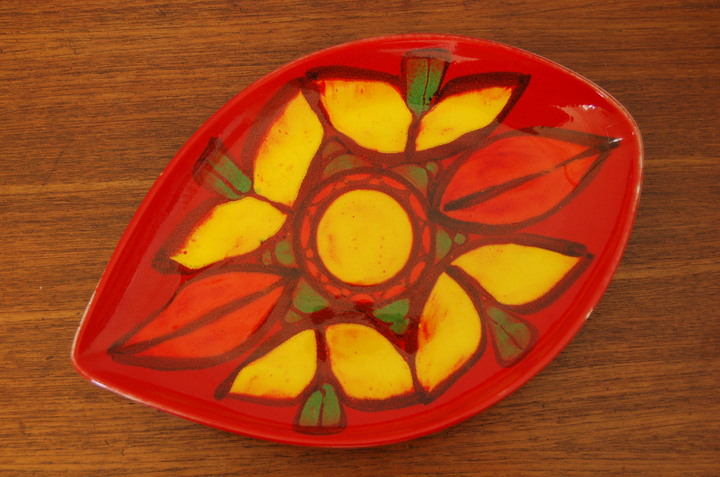 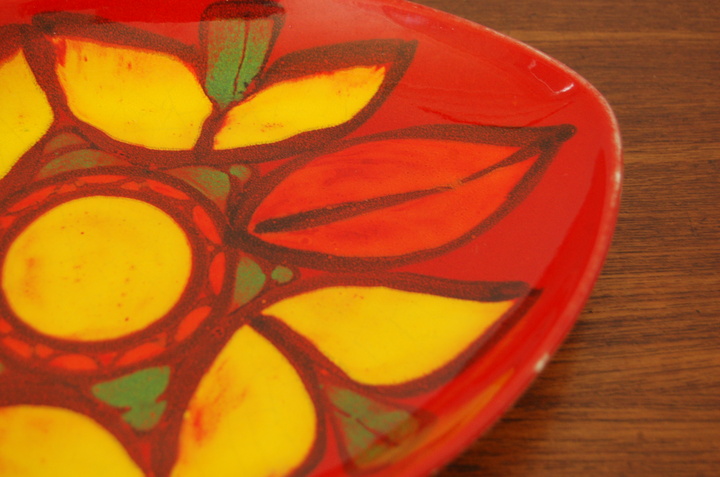 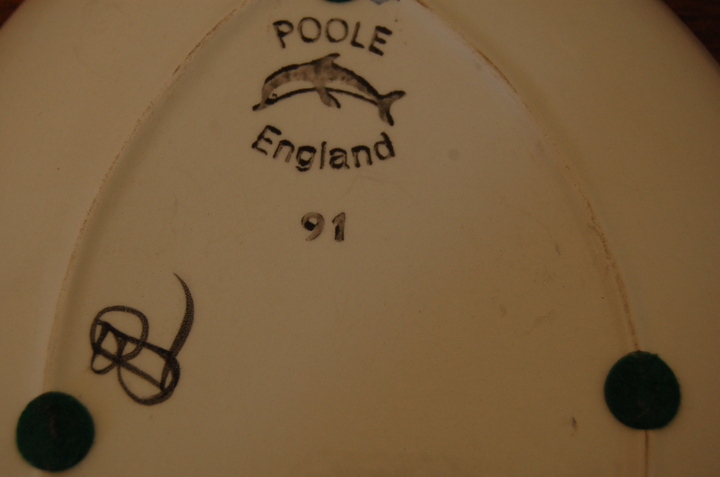 £35.00
Sold
Vibrant Poole Delphis platter with abstract hand-painted decoration in yellow, orange, green with dark speckled outlines on a deep orange / red background. The shield shape dish was introduced in 1968 - shape no. 91. The decorator's mark is of Janet Laird who worked for Poole from 1969-74.