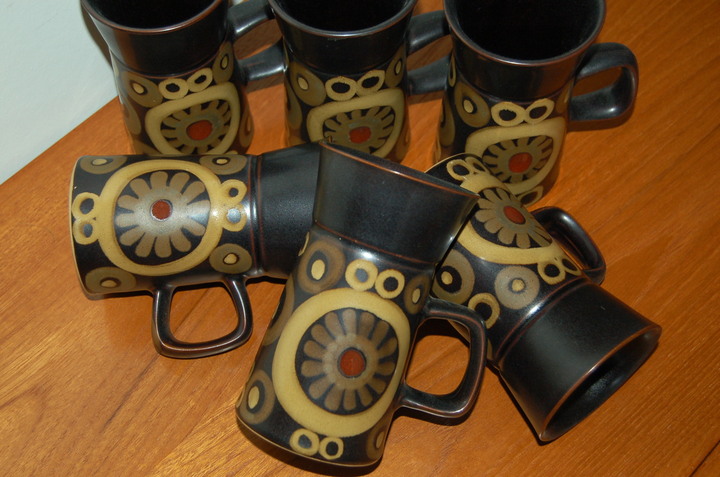 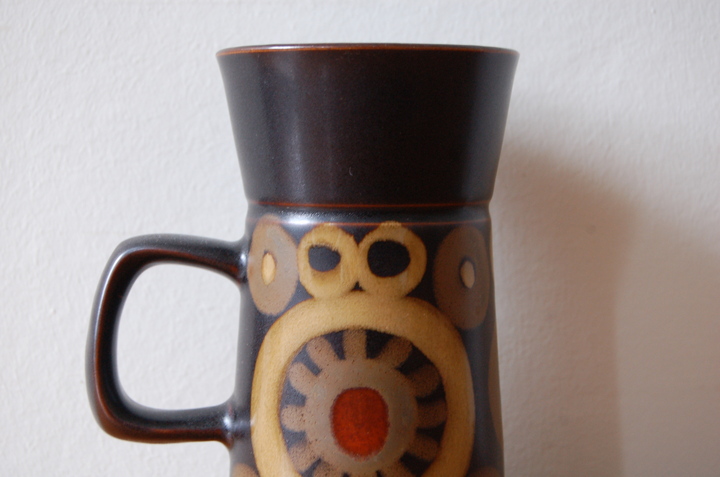 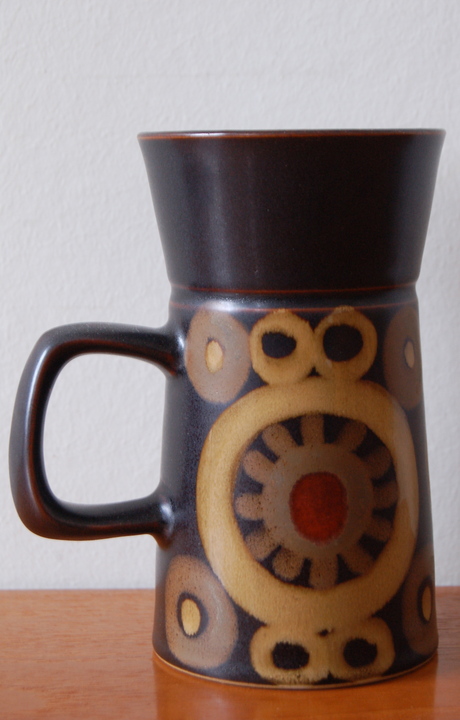 £84.00
Sold
A set of 6 large mugs in the distinctive style and unusual colours of the Arabesque range by Denby. The interior glaze is the same as the external body colour. The mugs in this size are quite scarce.