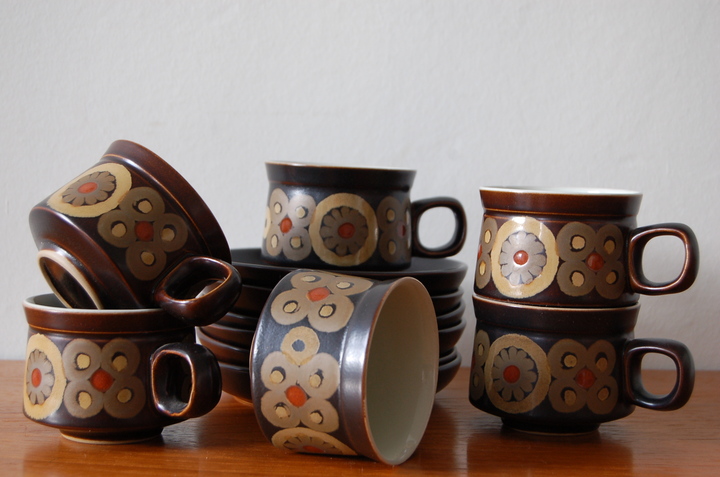 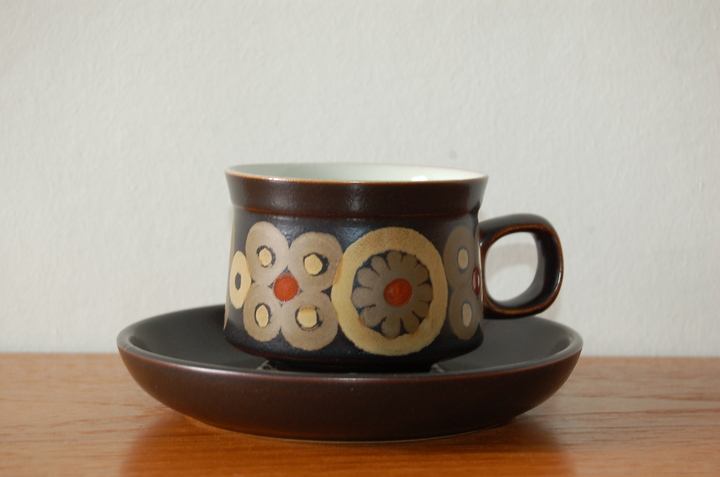 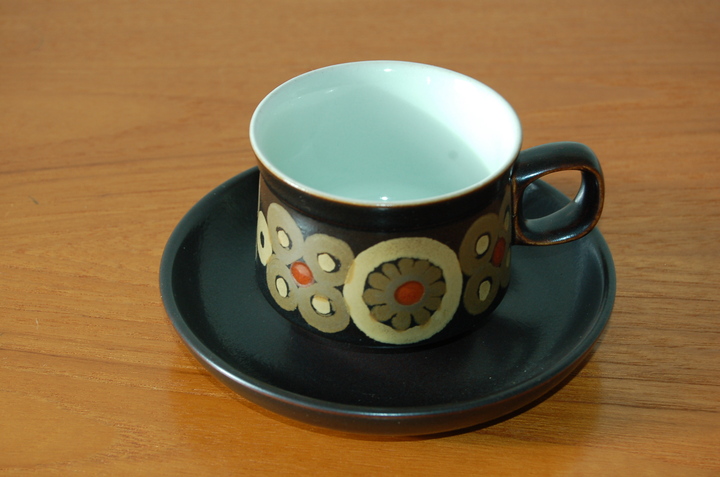 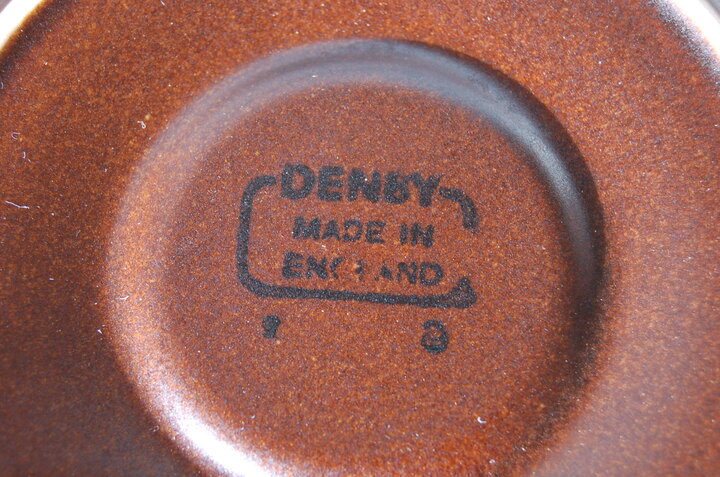 £54.00
Sold
A set of 6 cups and saucers in the distinctive style and unusual colours of the Arabesque range by Denby. The cups have white glazed interiors and the saucers have a raised centre which holds the cups in place.