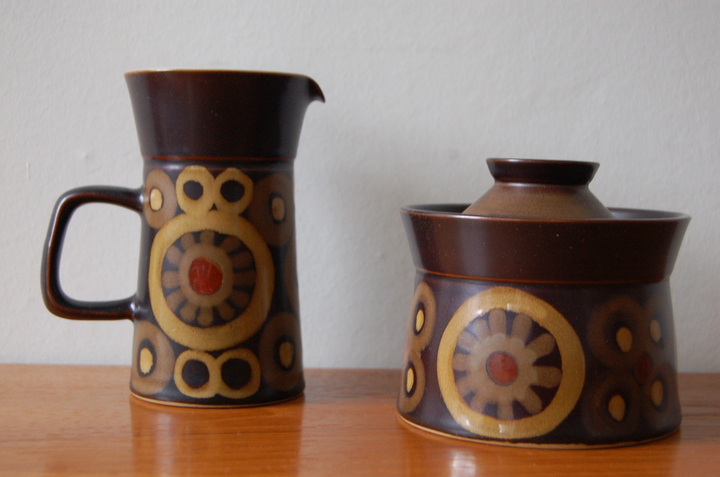 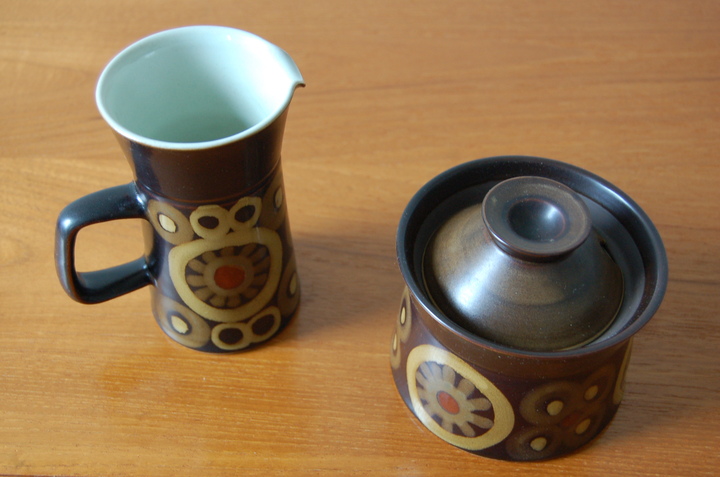 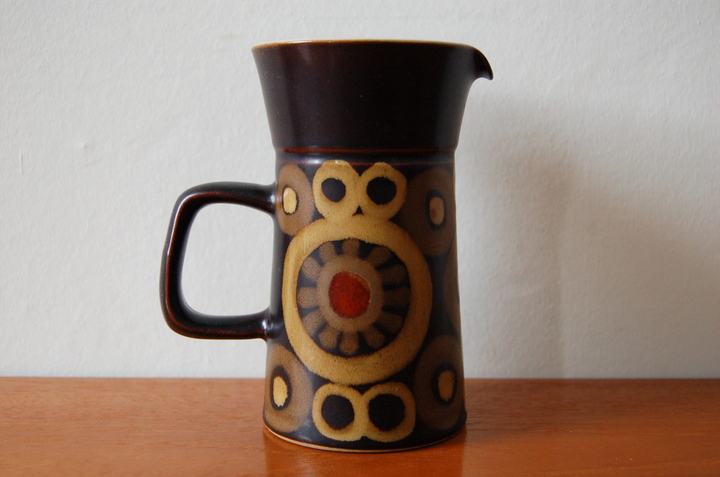 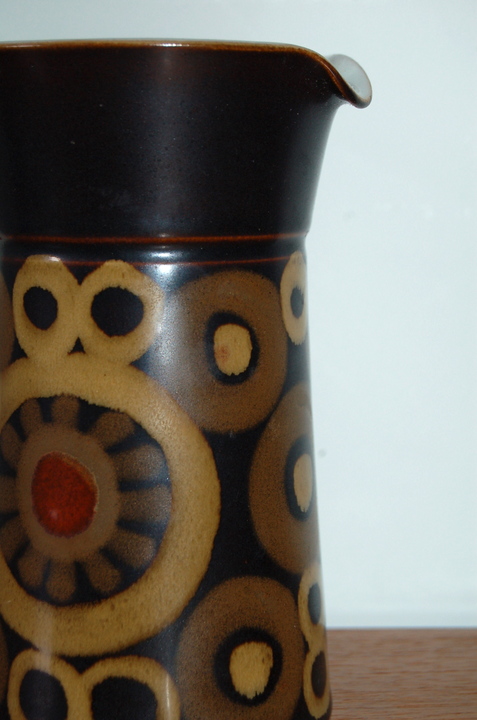 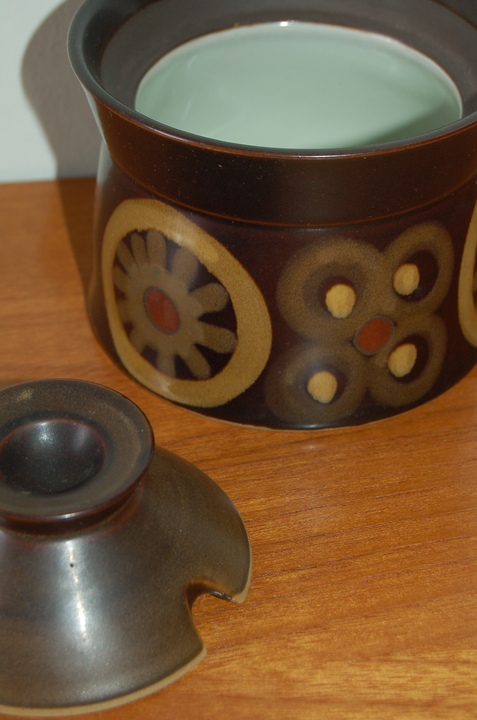 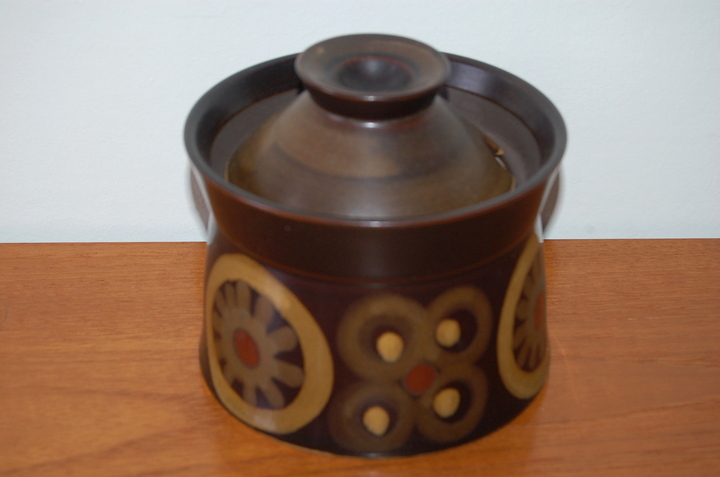 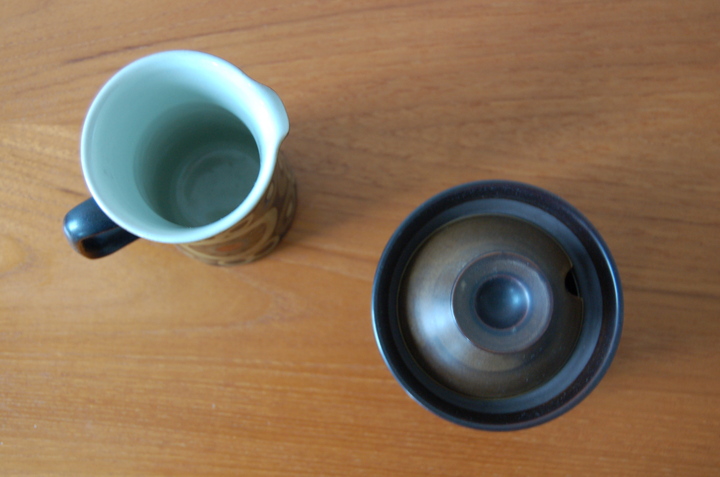 £18.00
Sold
A charming milk jug and large lidded sugar bowl, both with white interior glaze, from the enduringly popular Arabesque range by Denby. The eye catching shape of these sturdy stoneware pieces make them as desirable today as when manufactured.