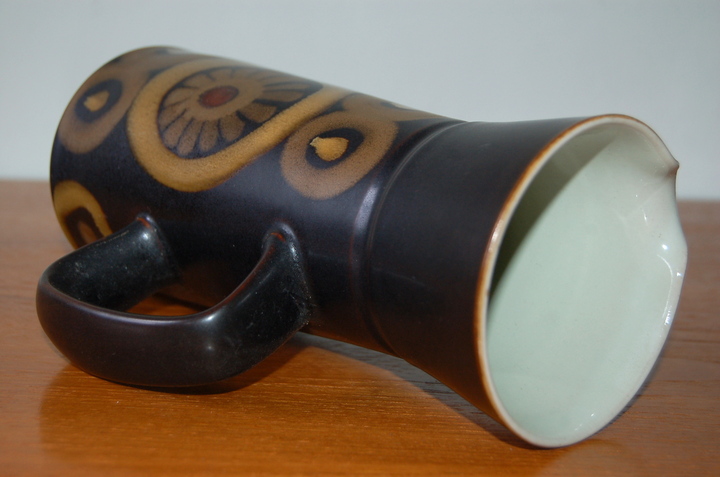 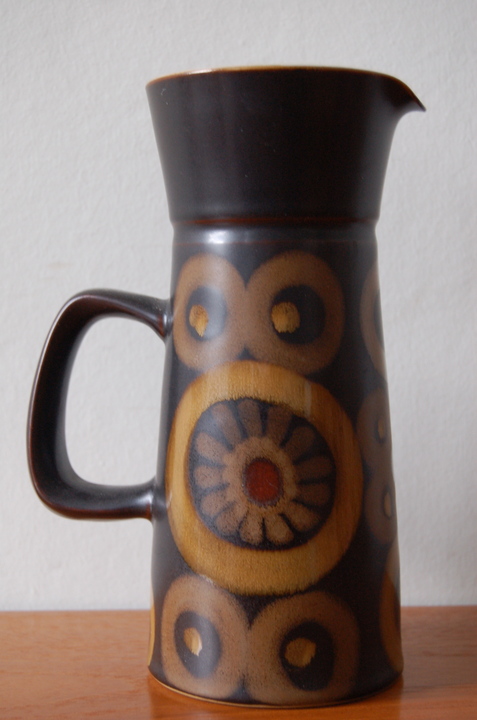 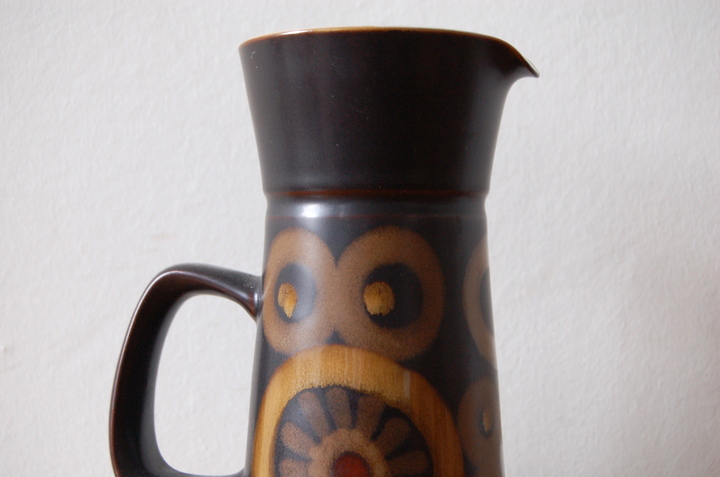 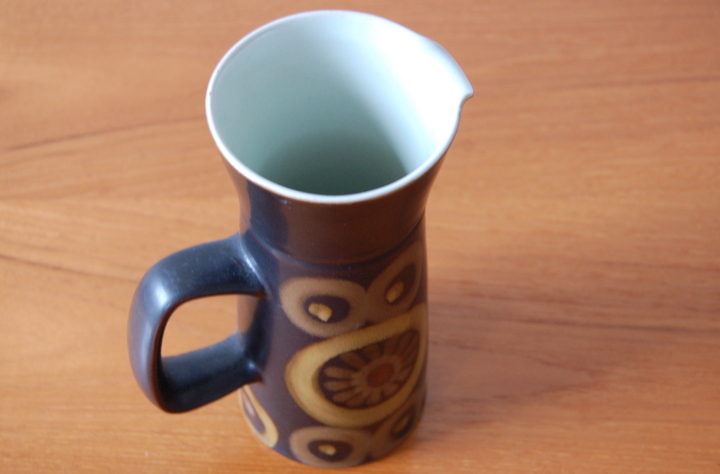 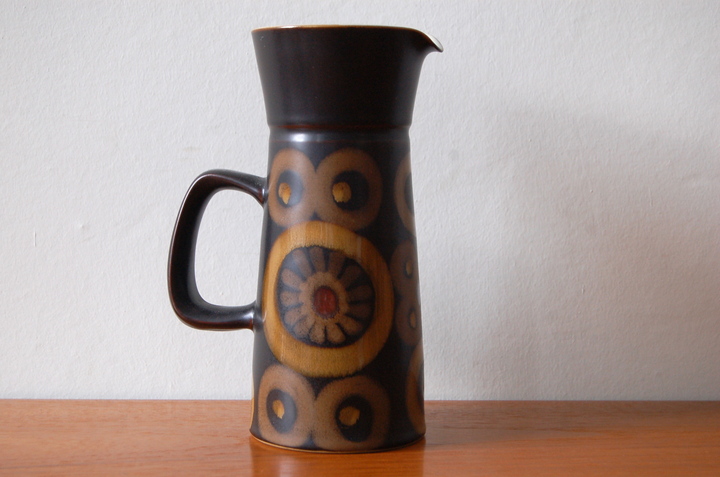 £25.00
Sold
A stunning, quite rare, large jug (1 pint / 600ml) with white glaze interior, from the enduringly popular Arabesque range by Denby. The eye catching design of this sturdy stoneware makes it as desirable today as when manufactured.