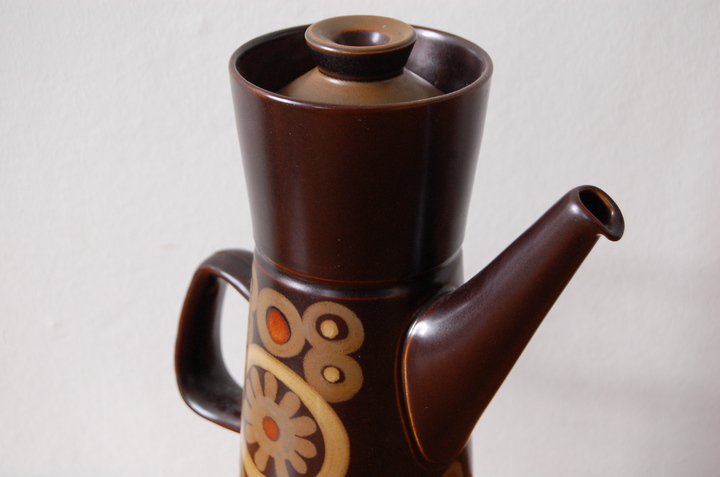 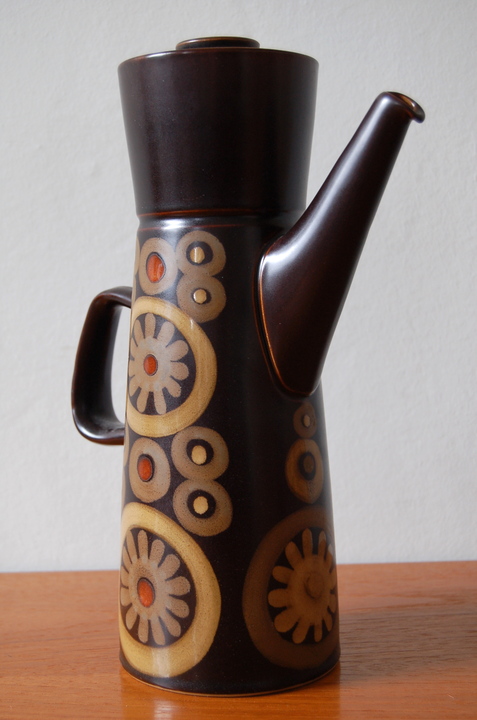 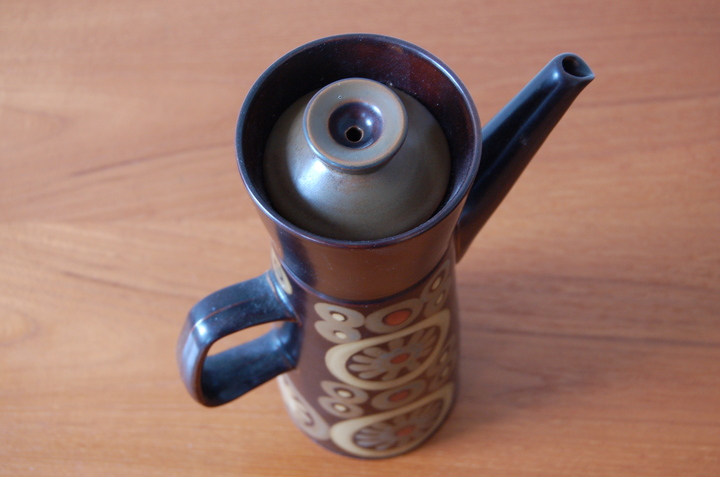 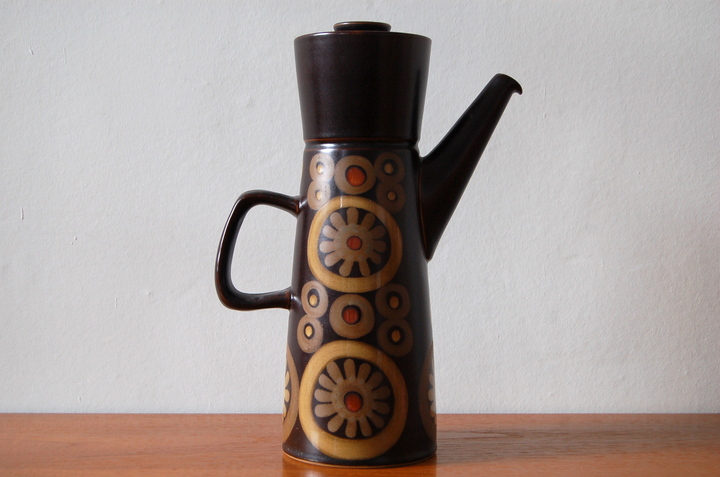 £40.00
Buy
A stunning large coffee pot (2 1/4 pint / 1.35l), with a particularly striking angled spout, from the enduringly popular Arabesque range by Denby. This example, the largest in the range, is quite scarce. The eye catching design of this sturdy stoneware makes it as desirable today as when manufactured.