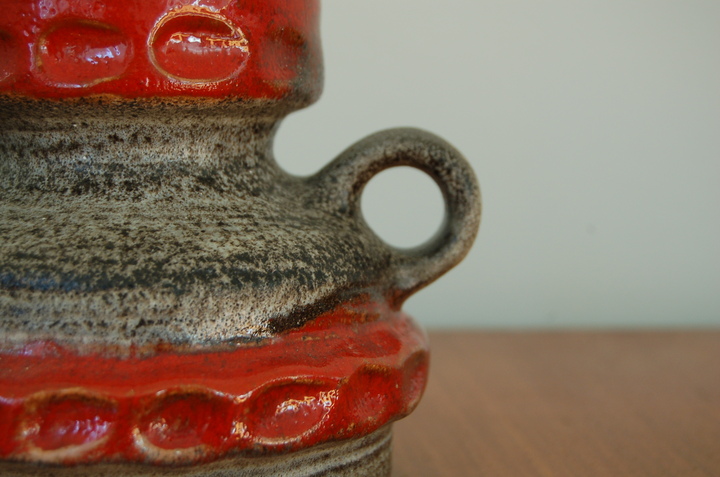 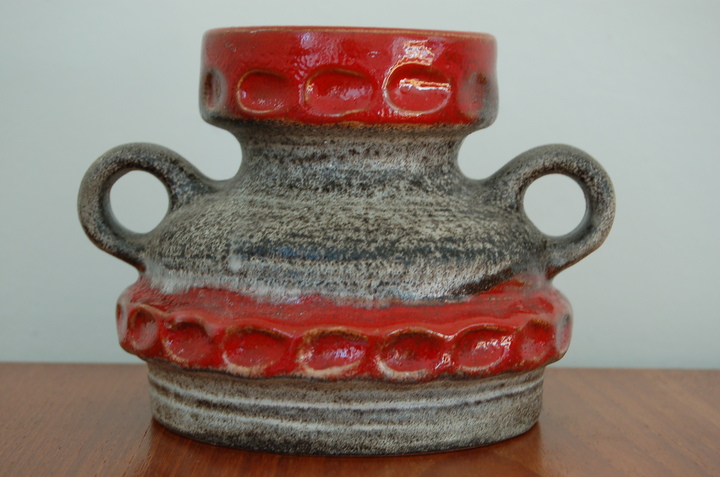 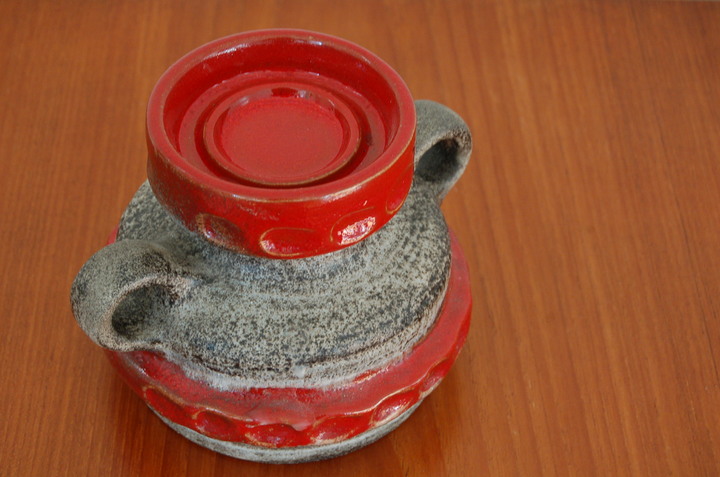 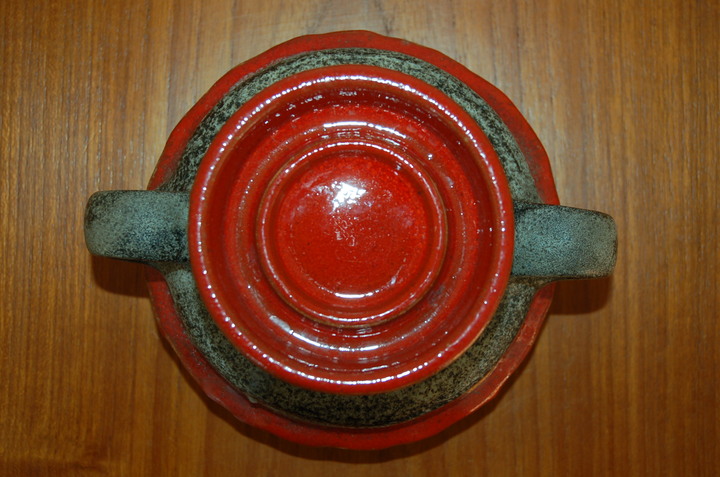 £38.00
Buy
Unusual squat Fat Lava pot, with double handles and highly modelled red bands and candle holder, manufactured by Carstens pottery. No marks but clearly attributed to Carstens through online research, although not known whether manufactured in East or West Germany.

Founded by brothers Christian and Ernst Carstens after they lost most of their factories to the DDR. The Carstens Uffrecht factory in East Germany became the manufacturer VEB Haldensleben.

The Carstens Tonnieshof factory was located in Freden an der Leine, West Germany. During the 1960s Carstens expanded and products were produced in Austria, Chile, Argentina and Australia.