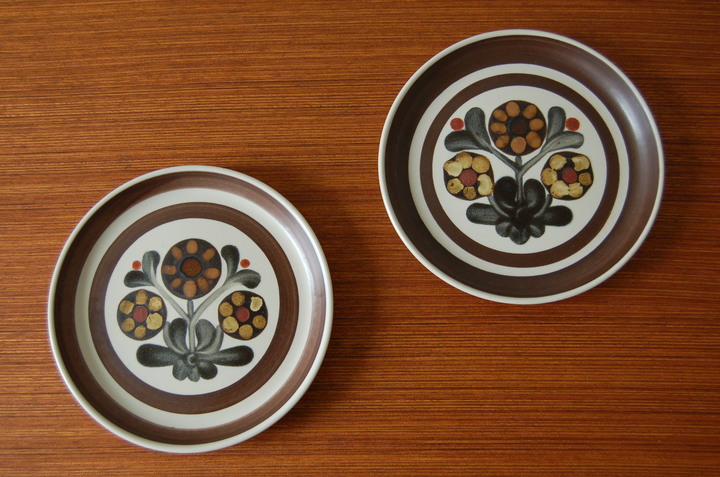 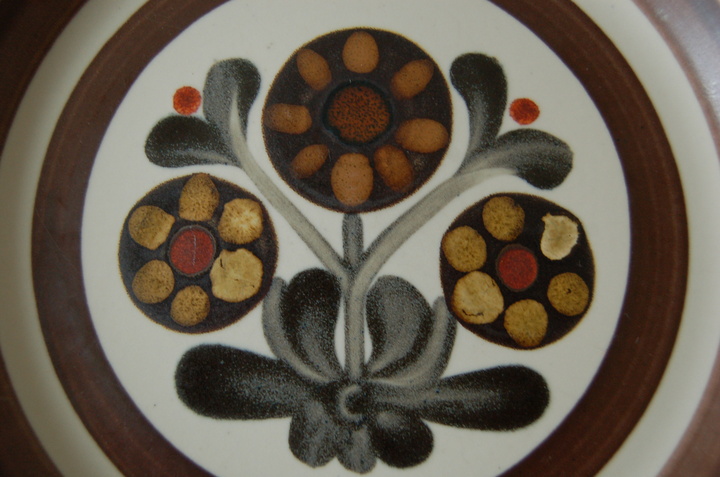 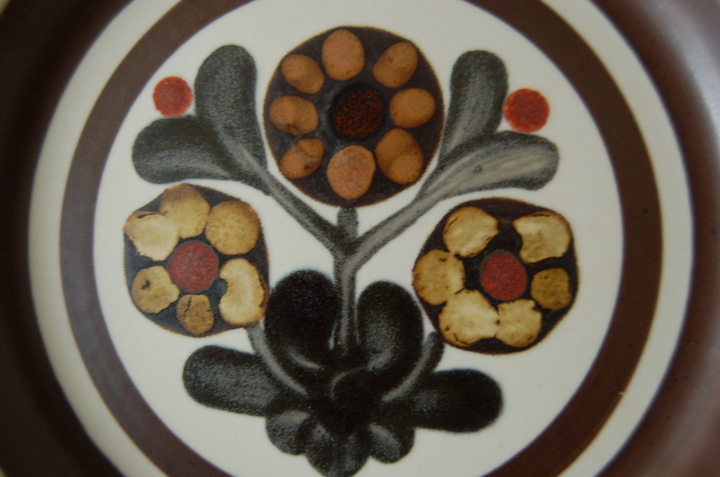 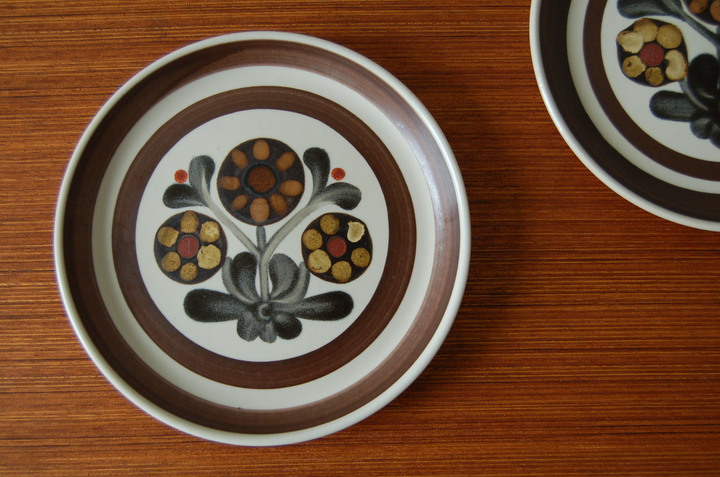 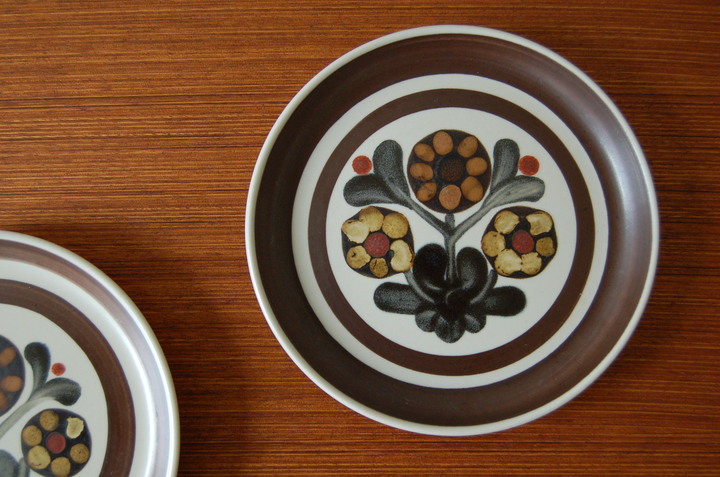 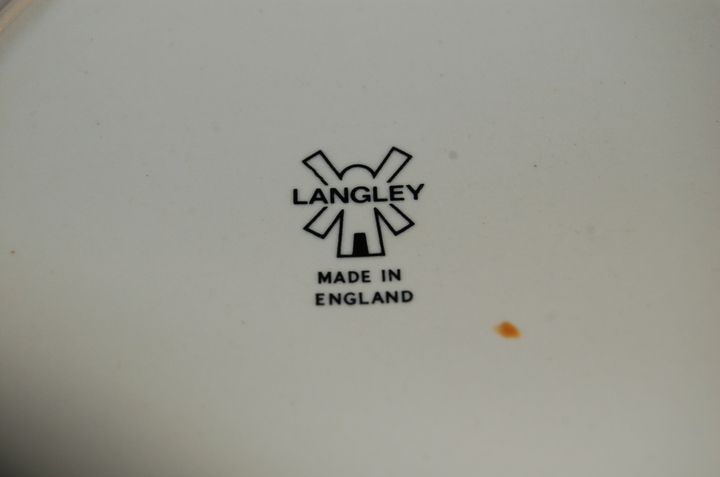 Marketed by Denby in the mid-1960s under the name of Langley a ‘natural homemaker’ series, it was based on one set of shapes. Slightly different to the other ‘natural homemaker’ series collections, teapots, jugs and bowls were made with conventional handles instead of a single bar. Produced in 1964 and especially named for the American market. Its homespun quality made it popular in this country throughout the 1960s and was the forerunner of many other stylised floral patterns.

Entirely the work of Gill Pemberton the pieces were dark-brown ribbed designs while the plates displayed an upright spray of three flowers in shades of yellow, gold and brown. In the prototypes these were painted directly onto the raw glaze but due to production constraints they were later painted on to the fired glaze.