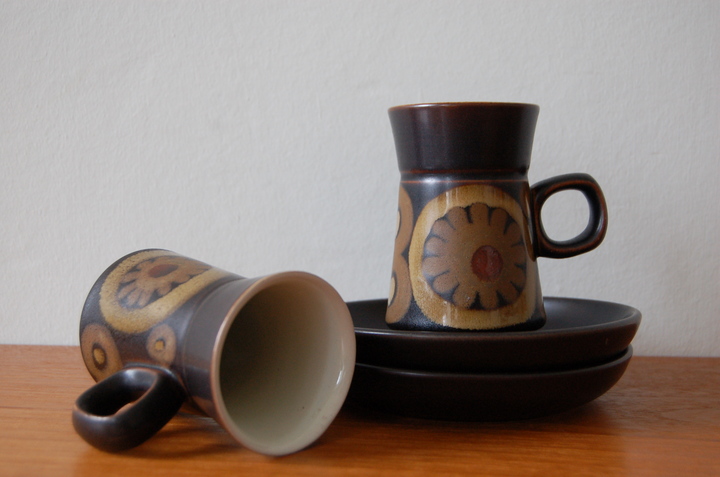 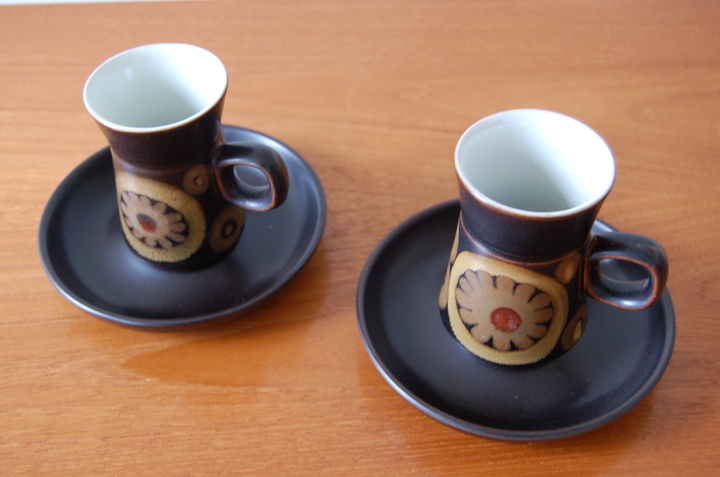 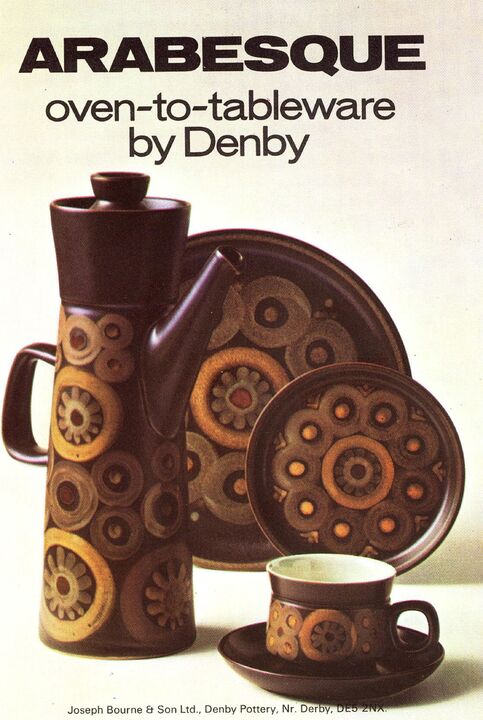 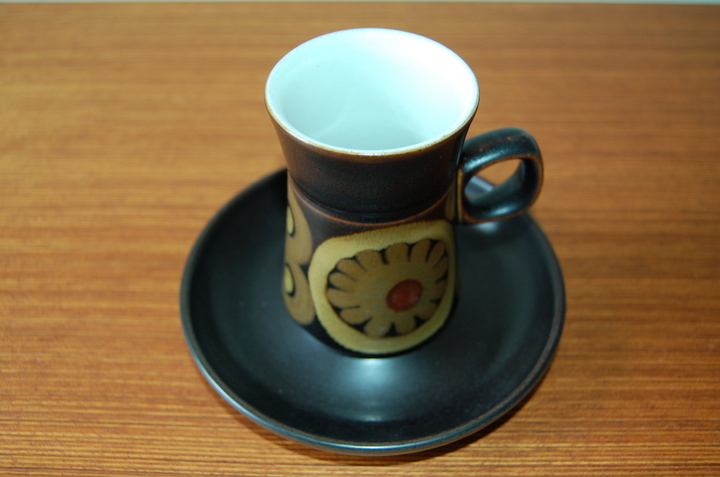 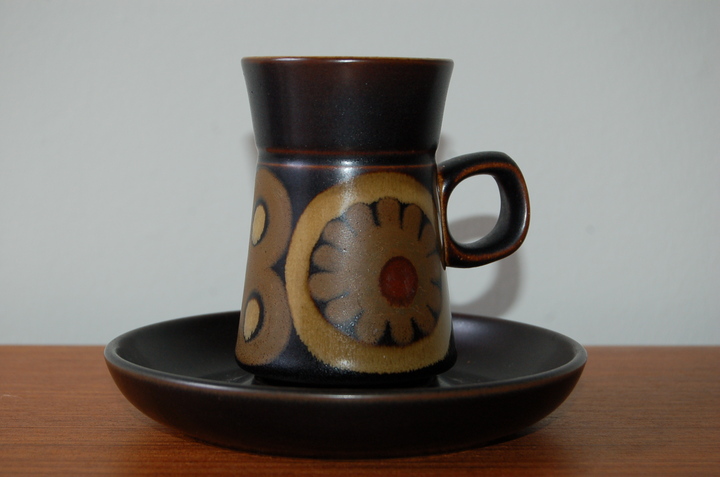 £24.00
Sold
A pair of small coffee mugs/cups and saucers from the enduringly popular Arabesque range by Denby. The sturdy stoneware and eye catching design make them as desirable today as when manufactured.

Denby Arabesque is one of the more famous discontinued tableware patterns from the Denby Pottery. Designed by Gill Pemberton, it was inspired by a trip to Russia.