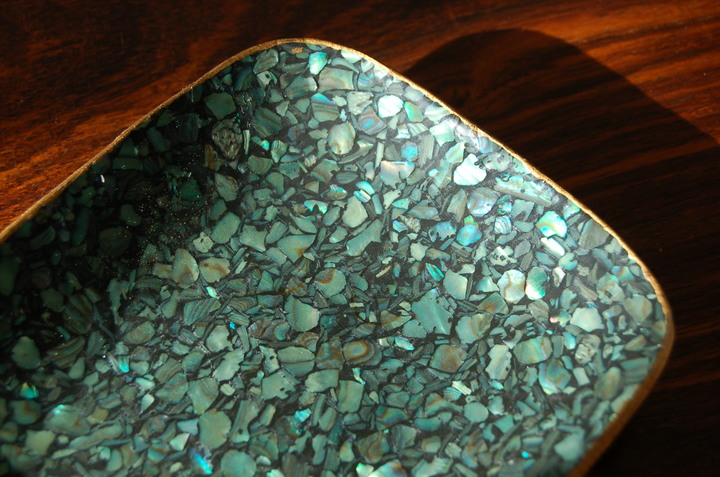 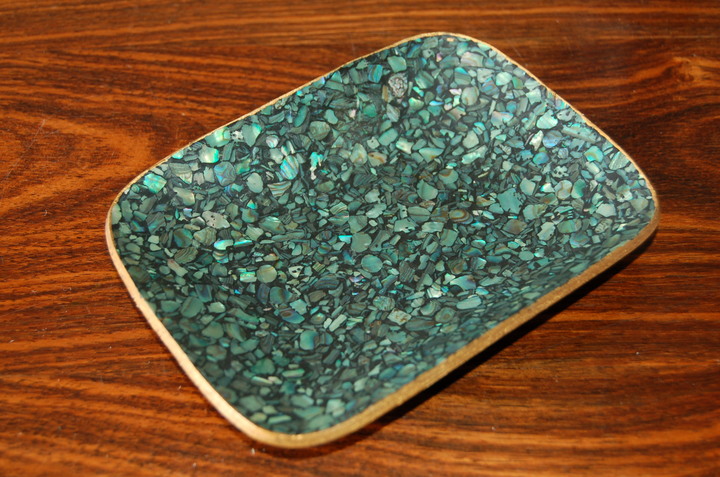 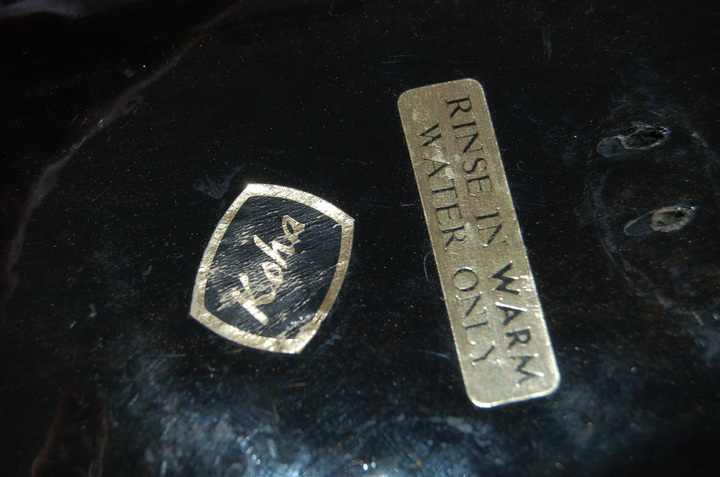 £12.00
Sold
Vintage trinket / snack dish, made of iridescent green Paua shell from New Zealand, with a gold rim and black lacquer base. Koha label to base. A charming, eye-catching piece oozing mid-century style and glamour.

Pāua is the Māori name given to three species of large edible sea snails, marine gastropod molluscs which belong to the family Haliotidae (in which there is only one genus, Haliotis), known in the United States and Australia as abalone, and in the UK as ormer shells.

To Māori, pāua are recognised taonga, or treasure, esteemed both as kaimoana (seafood) and as a valued resource for traditional and contemporary arts and crafts. Pāua are frequently used to represent the eyes in Māori carvings and traditionally are associated with the stars or whetū, the symbolic eyes of ancestors that gaze down from the night sky.