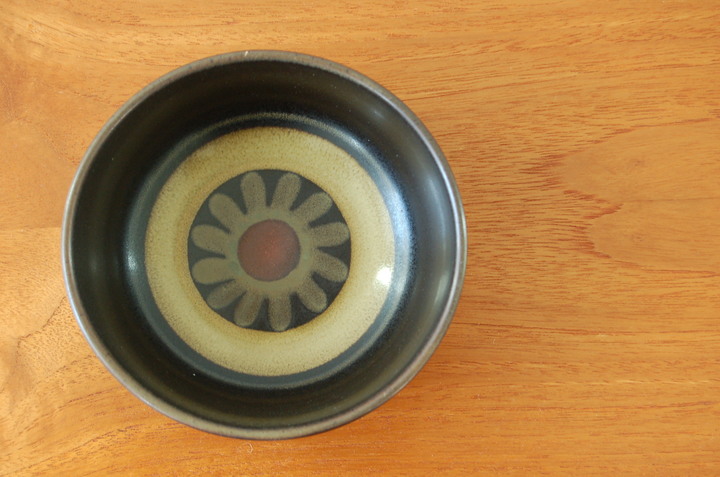 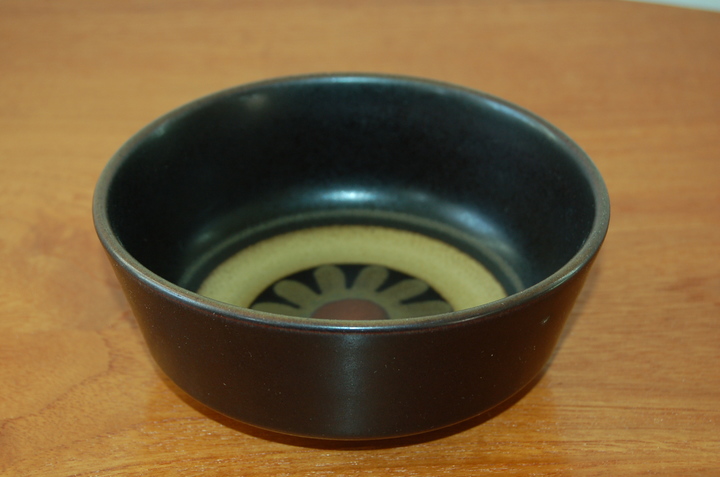 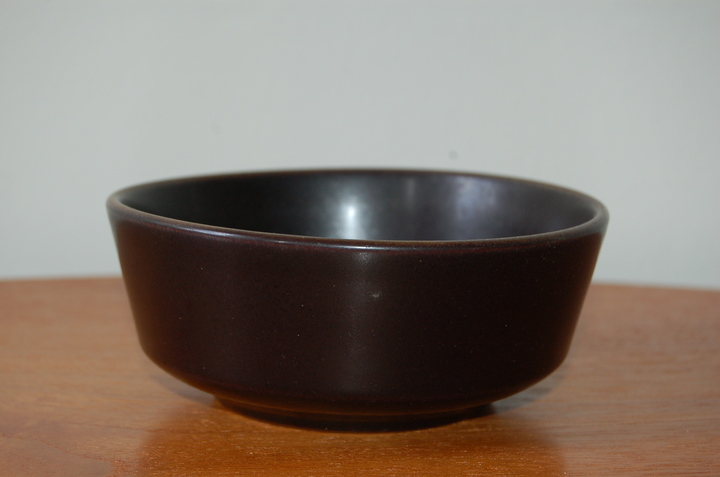 £9.00
Sold
Single Arabesque bowl, designed by Gill Pemberton for Denby after a trip to Russia in the 1960s. A playful piece with the Arabesque pattern confined to the base of the bowl inside, contrasting with the dark brown body.

The striking bold seventies design of the Arabesque range, with its yellow, brown and red circles on a dark brown background, made it stand out from the crowd and provoked a 'marmite' reaction among many. Initially called "Samarkand", the name was changed after the Portmeirion Pottery exhibited a design of the same name.