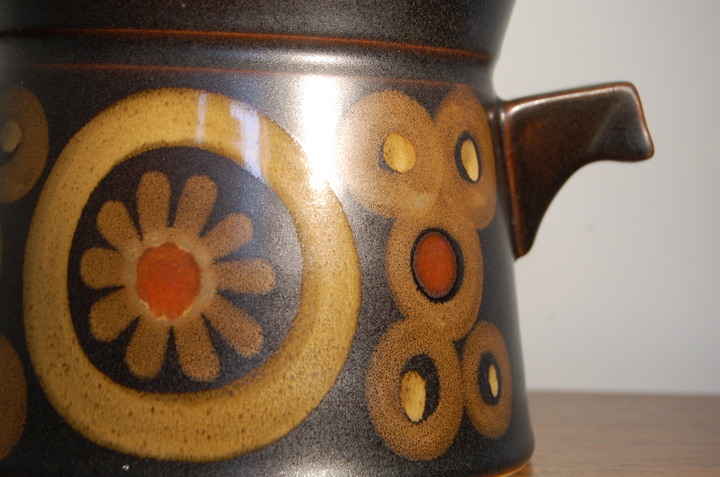 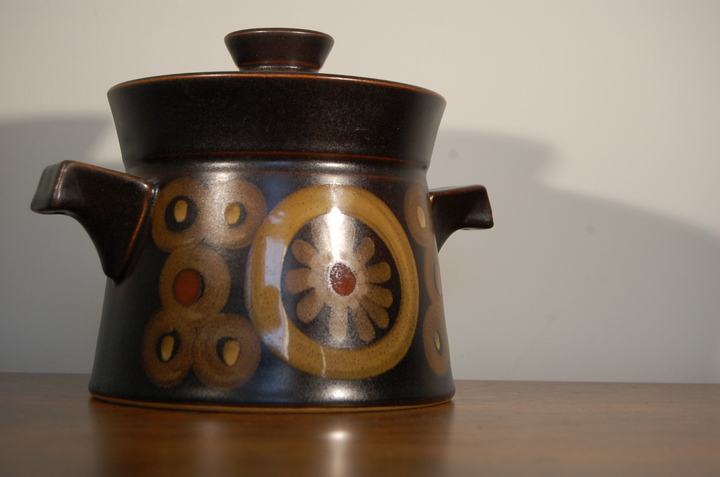 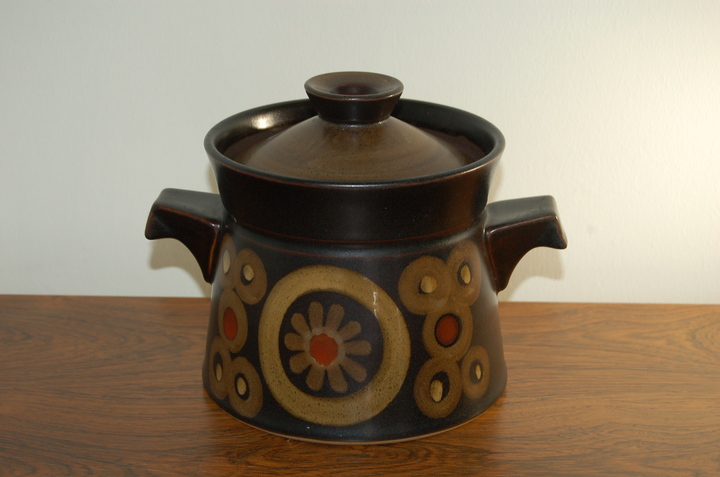 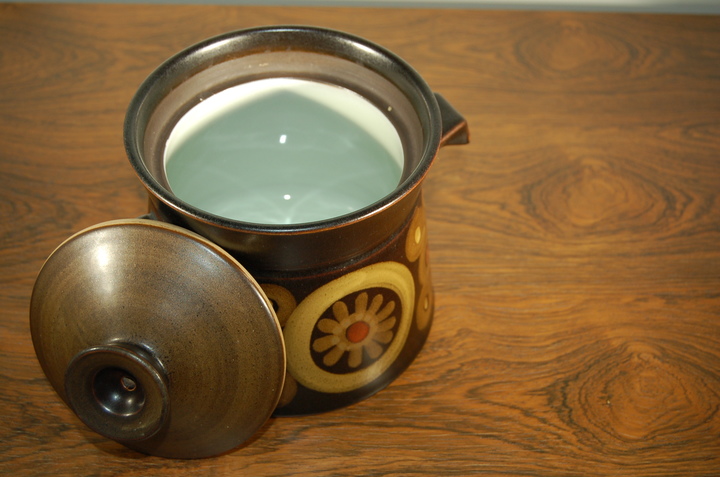 Denby Arabesque is one of the more famous discontinued tableware patterns from the Denby Pottery. Designed by Gill Pemberton, it was inspired by a trip to Russia.