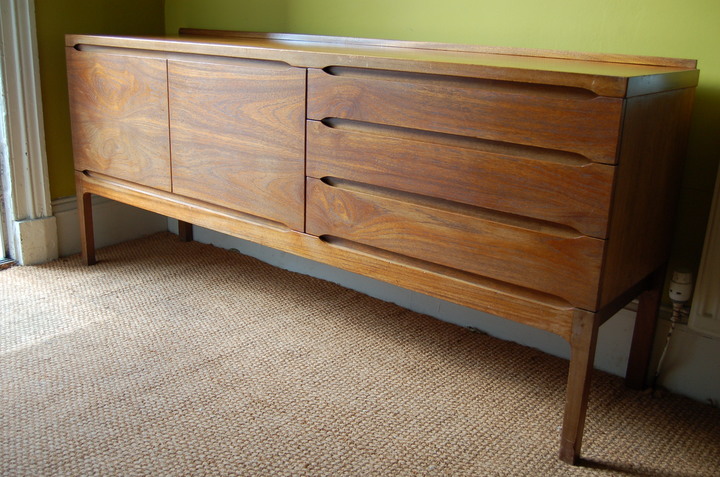 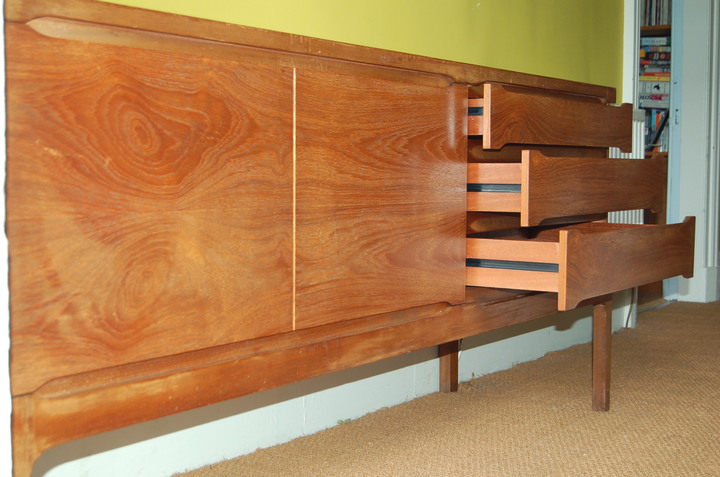 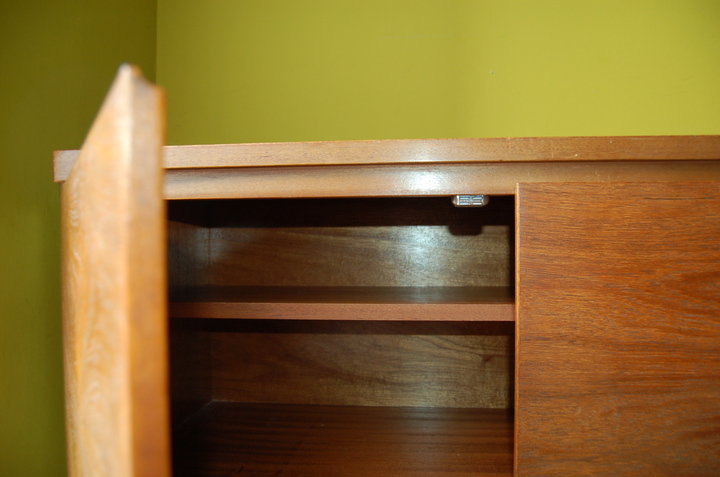 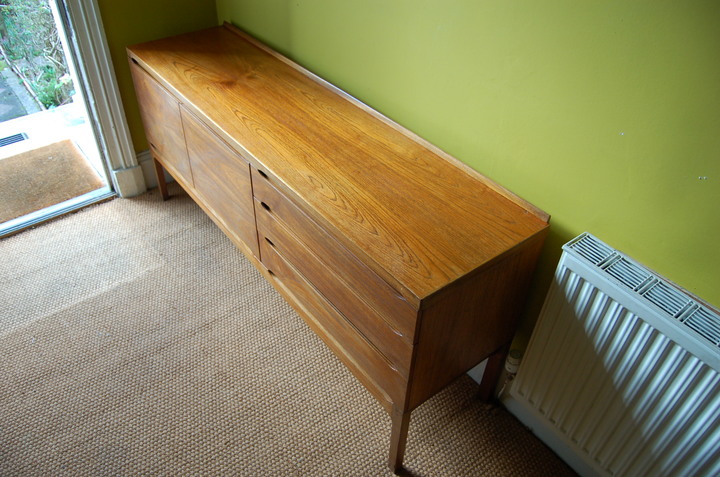 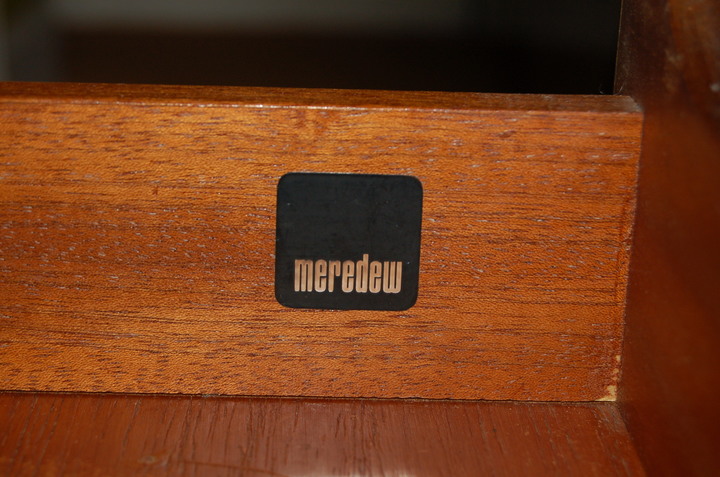 £600.00
Sold
Beautifully simple 'with dash and style' according to the Spring 1969 Meredew brochure.

It continues 'note particularly the fine figure of the grain, the handles sculptured into the front and the capacious interior fittings.' We couldn't agree more.

This one is called the Lancer and is equally as good as the more popular G Plan and McIntosh sideboards of the time. However, it didn't sell in large numbers, hence it's rarity 50 years on.

Meredew began production in Letchworth Garden City around 1880 and continued until the 1970's.