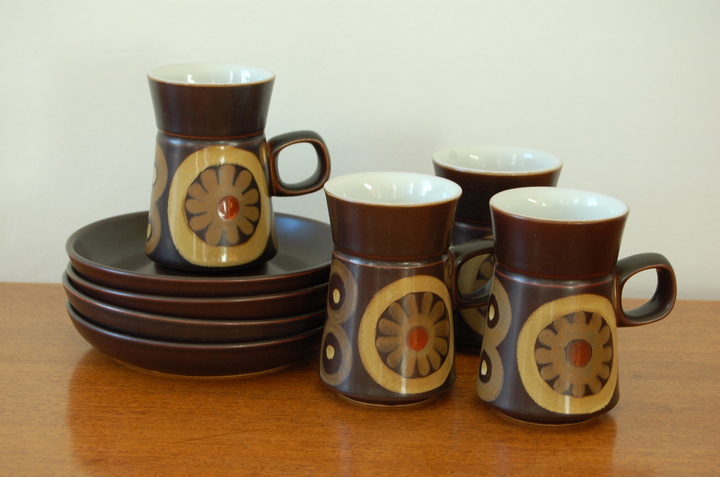 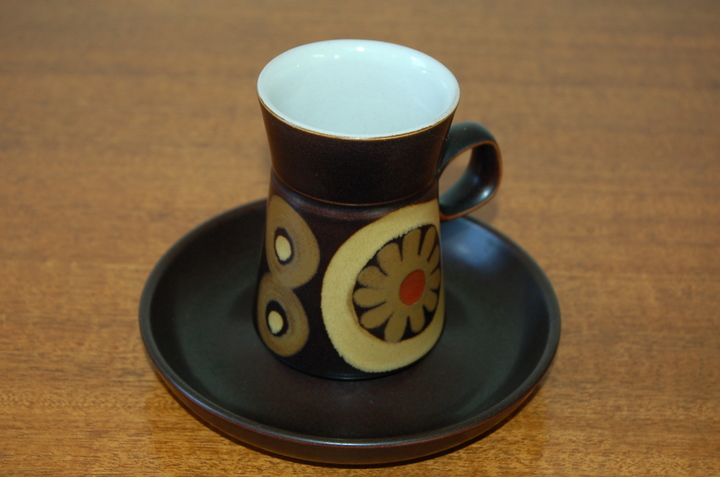 £30.00
Sold
Distinctive style in unusual colours. In great condition. The saucers have a raised centre which holds the cups in place.