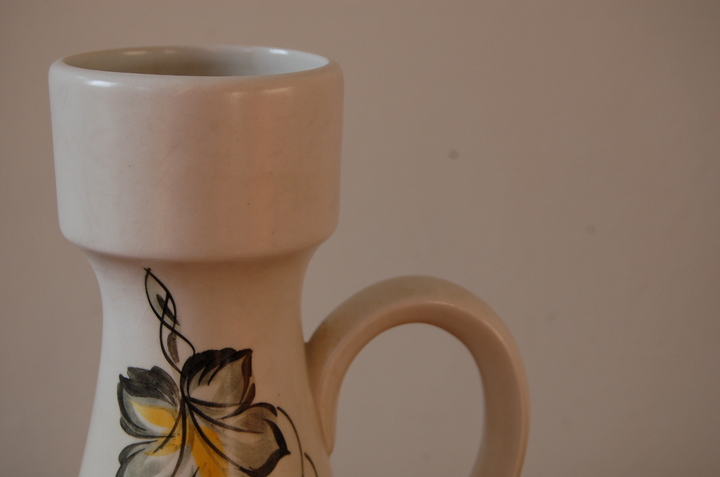 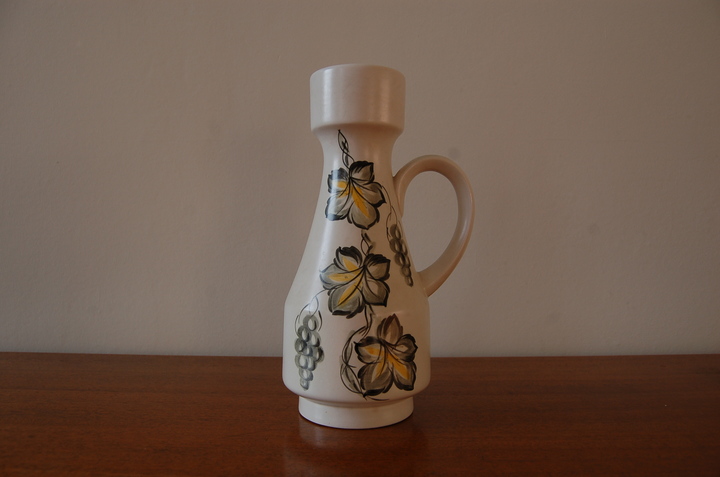 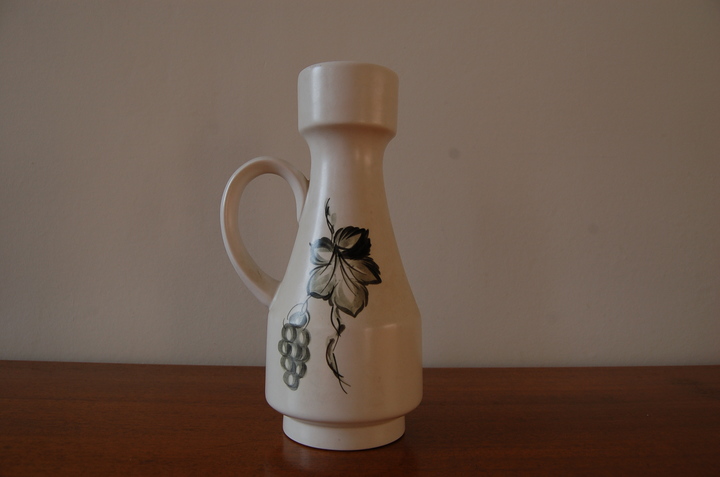 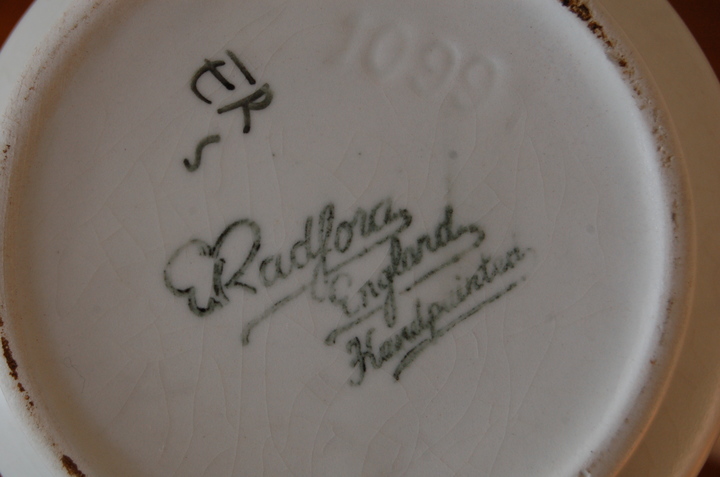 The Radford Handcraft Pottery was established around 1930 by Edward Radford, under the umbrella of H J Wood Ltd at the Alexandra pottery in Burslem. The main output of the works consisted of vases, jugs and bowls, in a range of floral and art deco designs, as well as stylised landscapes (the "Trees") and incised "scraffiato" designs. The pottery was hand thrown and finished with a matt glaze.

Mr Radford retired in 1948 and died in 1969. Woods continued making pottery using the Radford trademark for many years, although after the war all the wares were moulded rather than handthrown. Over time many new designs were added and these are the typical "later" Radford design with (usually) handpainted designs and often just a subtle colourwash over the white clay. As well as jugs and vases, the company produced a range of items in the same patterns, including plates, condiment sets and toast racks. The 1954 HJ Wood catalogue includes a large selection of Radford Handcraft wares.