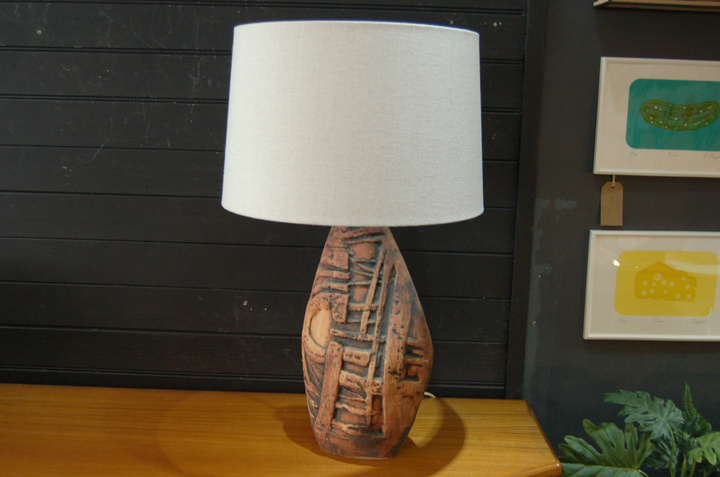 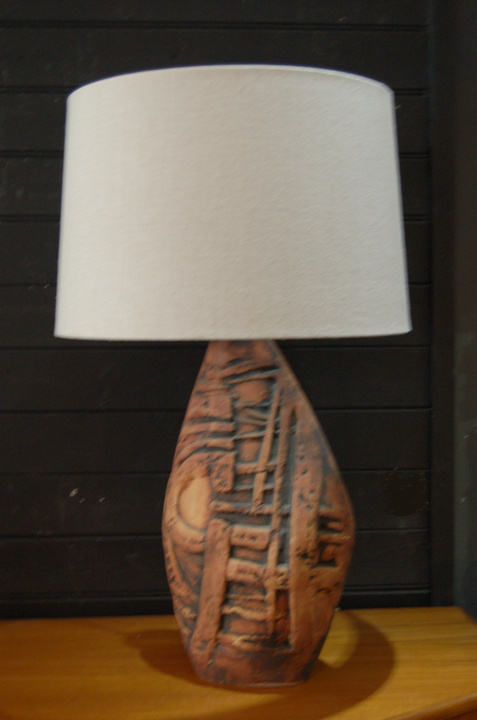 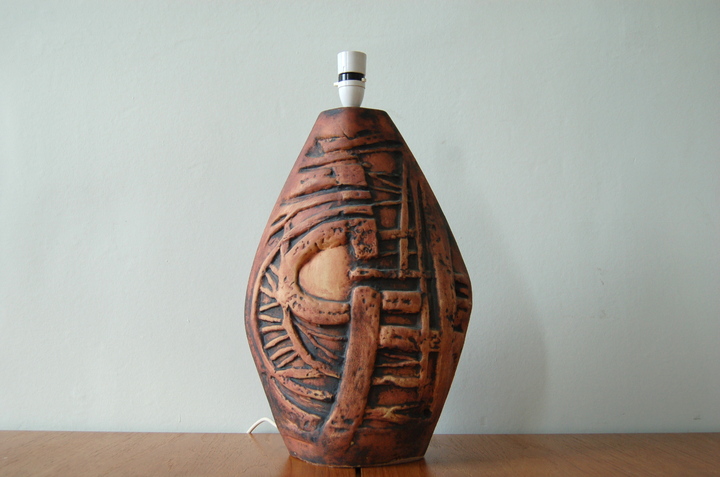 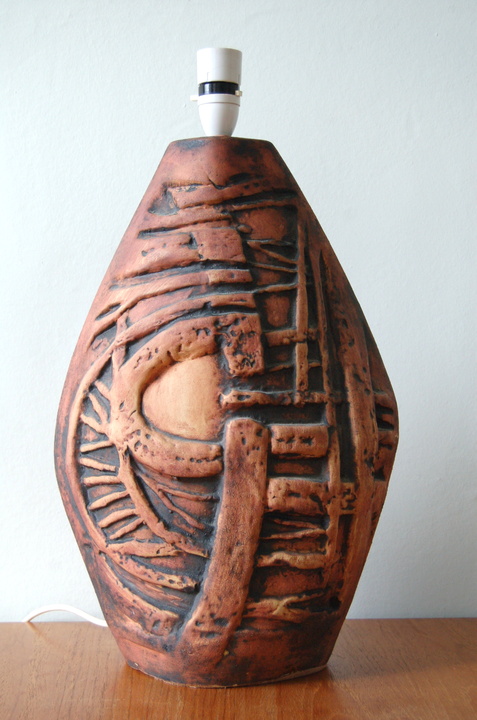 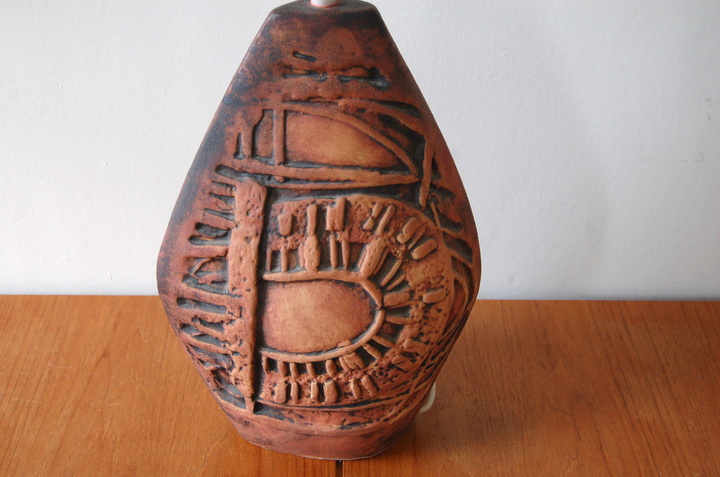 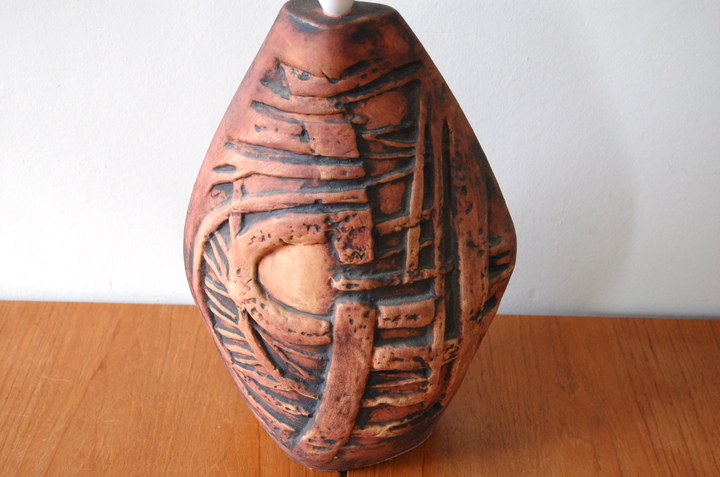 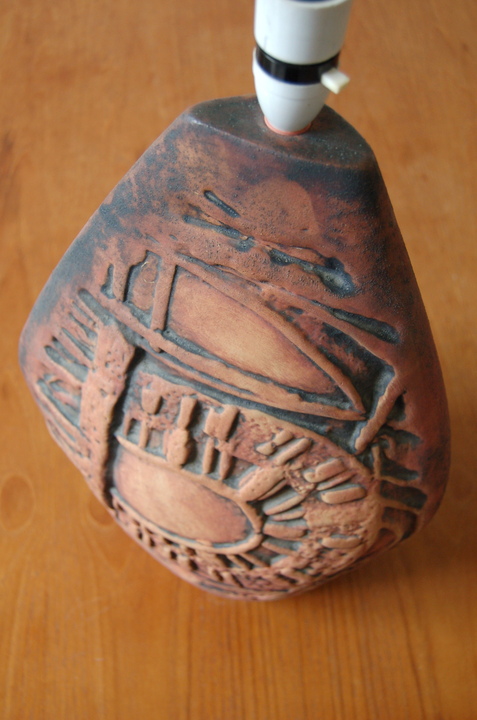 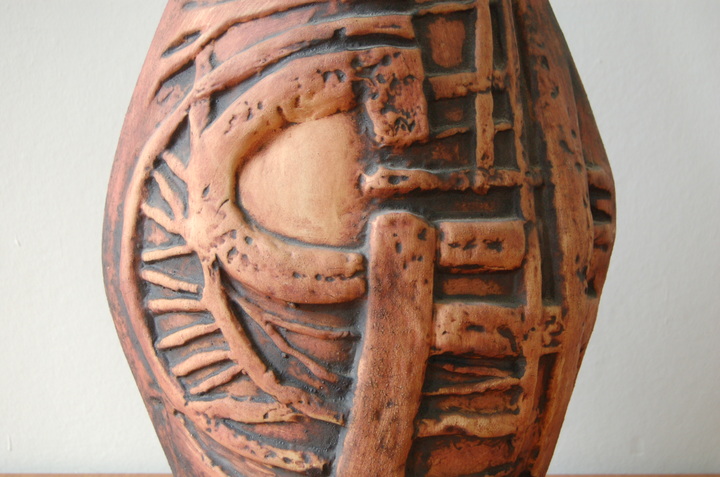 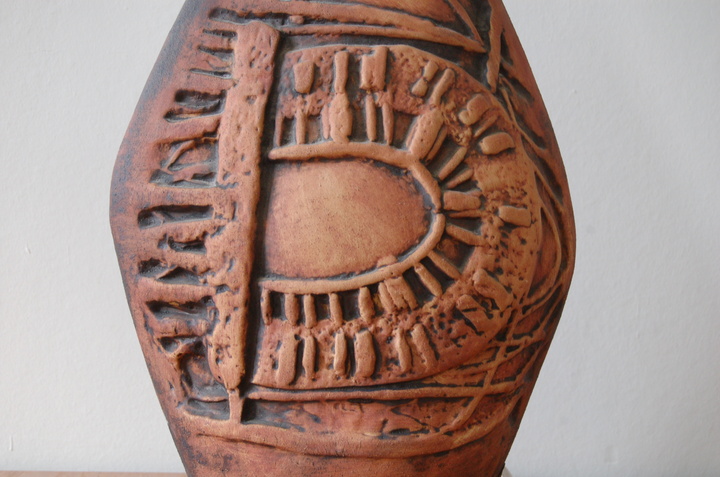 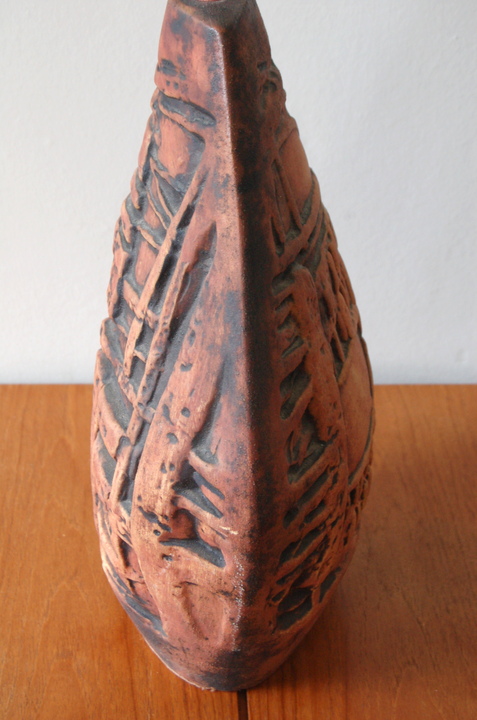 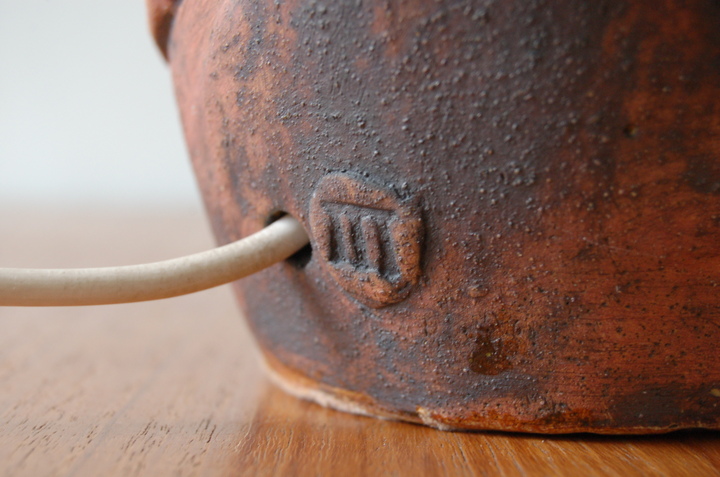 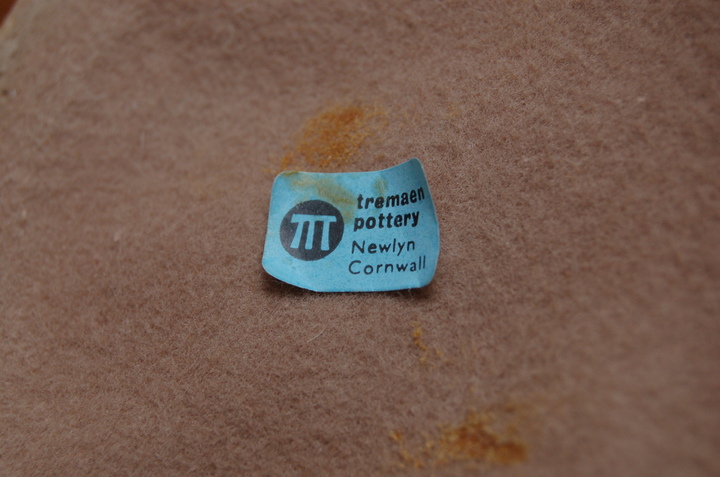 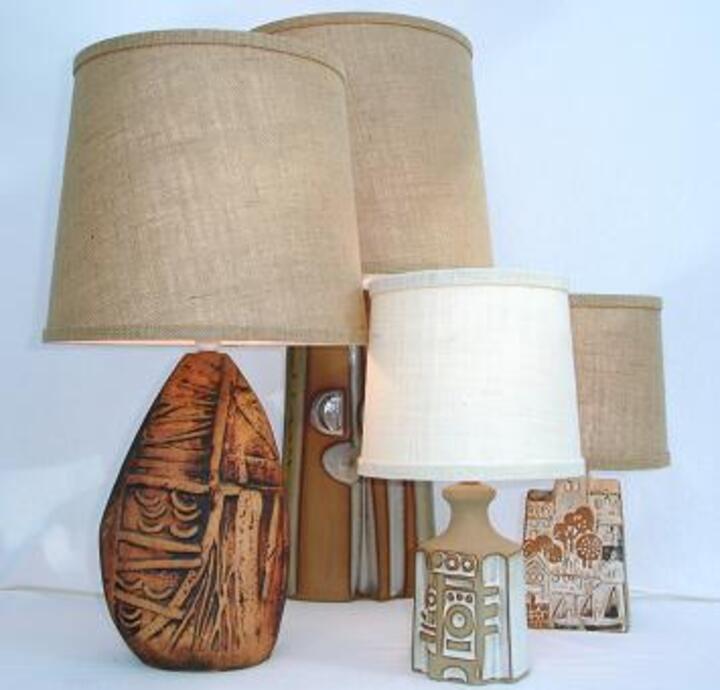 £185.00
Buy
Bowjey is one of the largest lamp bases (at 44cm tall) produced by the Tremaen Pottery, Newlyn, Cornwall. The deeply moulded design by Peter Ellery, with its rough textured surface in muted brown and rust colours, was heavily influenced by the Cornish landscape. Bowjey was produced from 1973-78. With (or without) modern drum shade.

Impressed mark, formed as a circular lozenge, attached to the side and paper label to base. Lanyon Quoit, an ancient dolmen that stands on the road between Madron and Morvah, was the inspiration for the Tremaen mark.

The lamp bases were the signature products of Tremaen and the most desirable items produced by the pottery, securing the pottery's place in the history of Cornish contemporary ceramics. The pieces are hightly decorative but, more importantly, functional. Designs for lamp bases were sometimes produced in a range of sizes, colours or glazes.

Lampshades supplied by the pottery, almost exclusively made of hessian, were tapered drum shades - the largest being 16" and the smallest 8". The shades came in a range of colours including green, blue, orange, oatmeal, and natural which was the most popular. The lampshades were made with a band of hessian tape around the top and bottom of the shade. Jute grass lampshades were available as an alternative for a limited period. Few original Tremaen lampshades have survived.