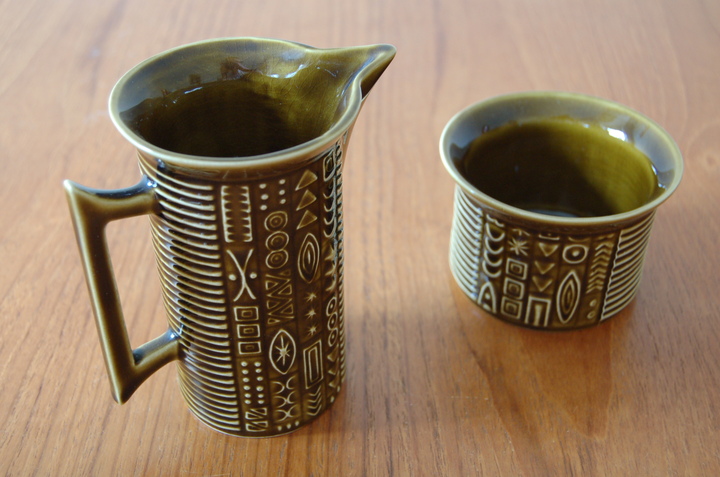 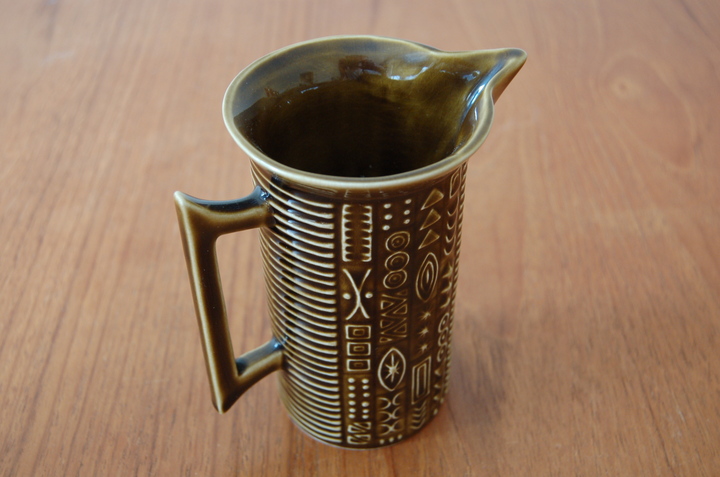 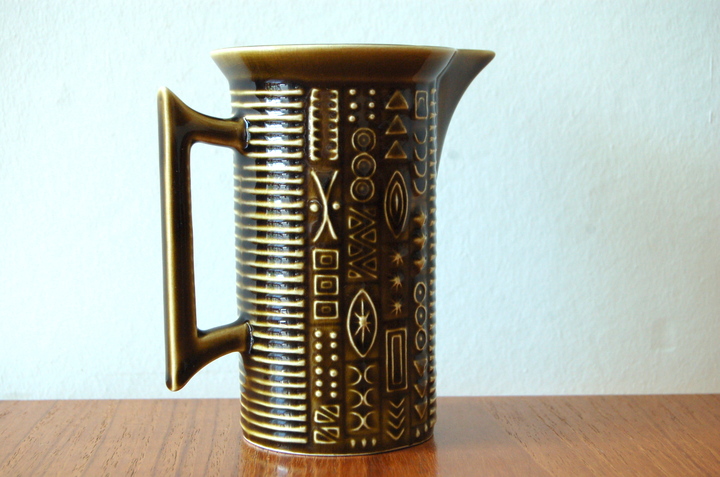 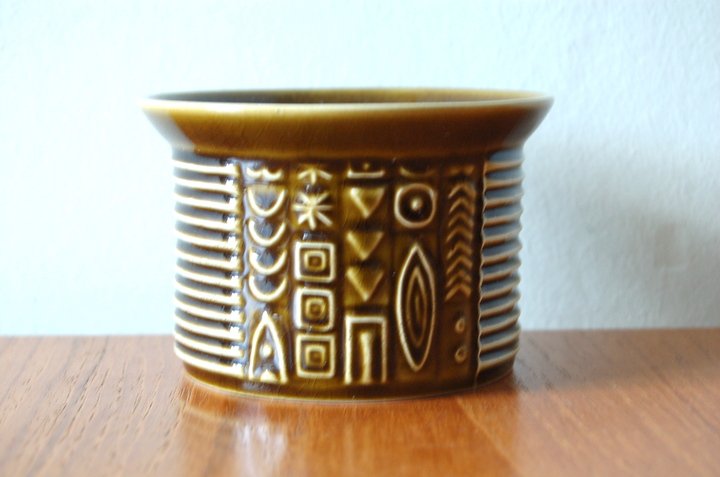 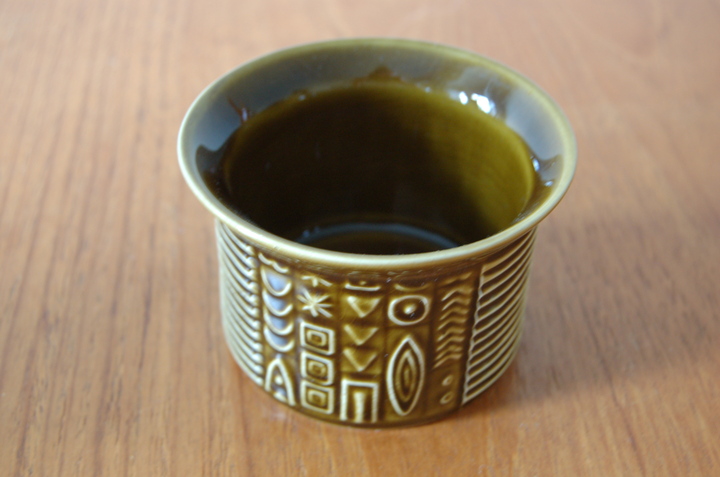 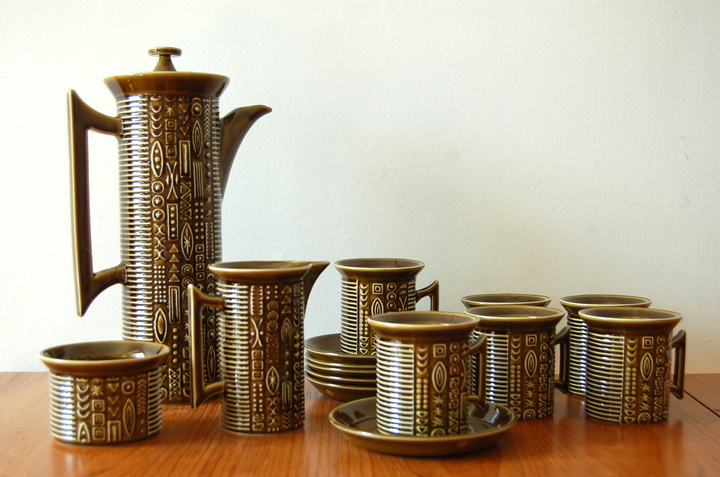 £18.00
Buy
Milk and sugar, in dark green glaze, featuring the Cypher pattern on the Serif range by Portmeirion. The Serif shape has distinctive handles and Cypher was inspired by ancient Minoan art from Crete. The dense raised relief pattern highlights the glaze in a startling way.