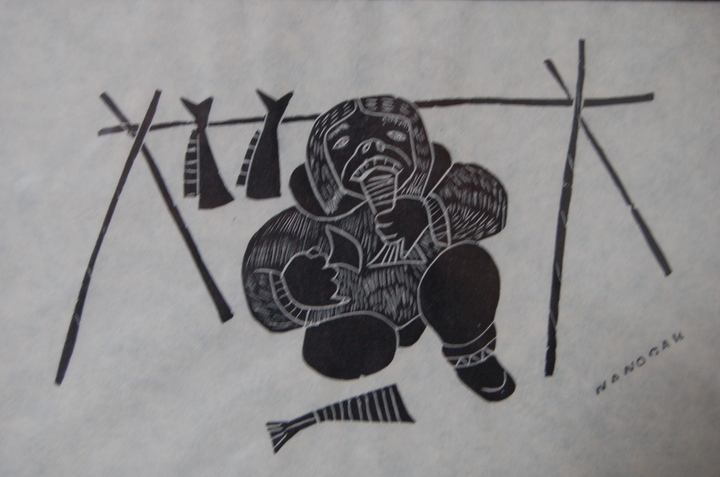 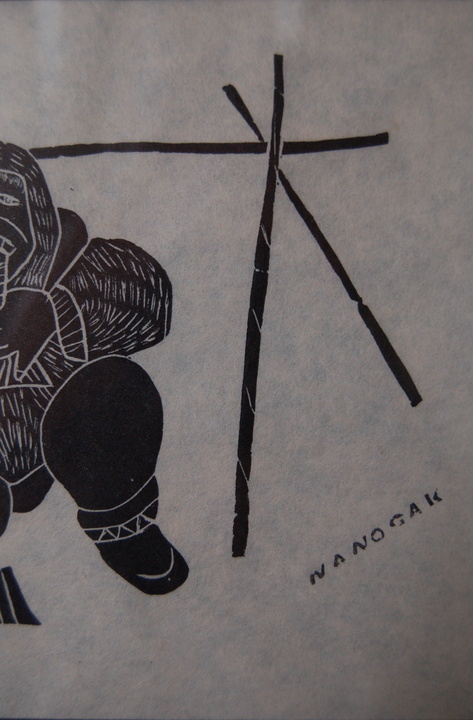 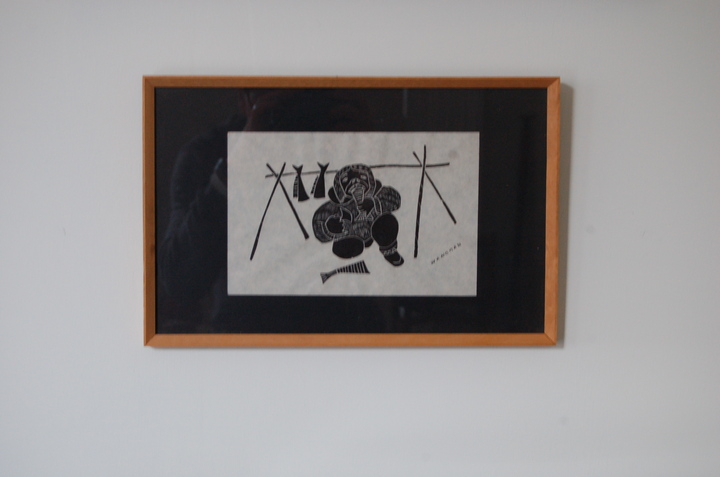 Agnès Nanogak Goose (1925-2001) and her family settled in Holman, in the Northwest Territories of Canada, when she was fourteen years old. Through her father, who was from Nome, Alaska, and her mother, a Mackenzie Delta Inuit, she received two different cultural influences that would later feed her imagination and become the source of a rich artistic output. Encouraged by her father to draw at an early age, she was among the first generation of artists to provide drawings for the printmaking program in Holman starting in the 1960s. From 1967, she created hundreds of drawings, many of which have been turned into prints.

Nanogak was essentially a historian in words and pictures. She illustrated a book of tales and legends called Tales from the Igloo (Metayer, 1972) and provided both images and text for the second volume, More Tales from the Igloo, in 1986. She was especially fascinated by fables and legends, stories of shamans, and myths, all of which she has illustrated, adding a touch of humor or mockery.