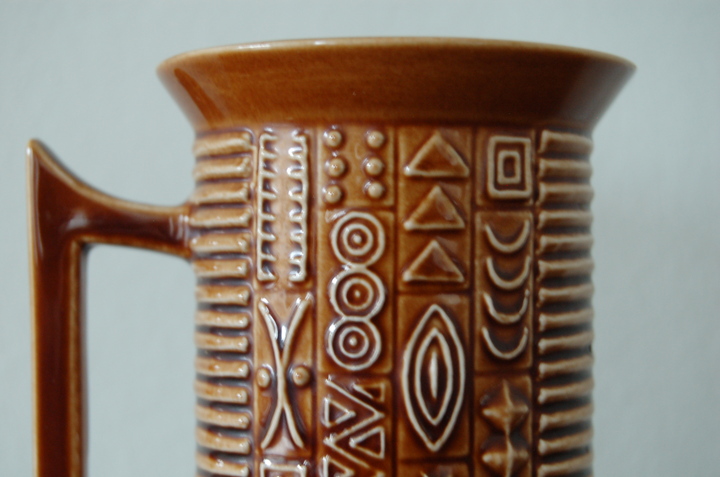 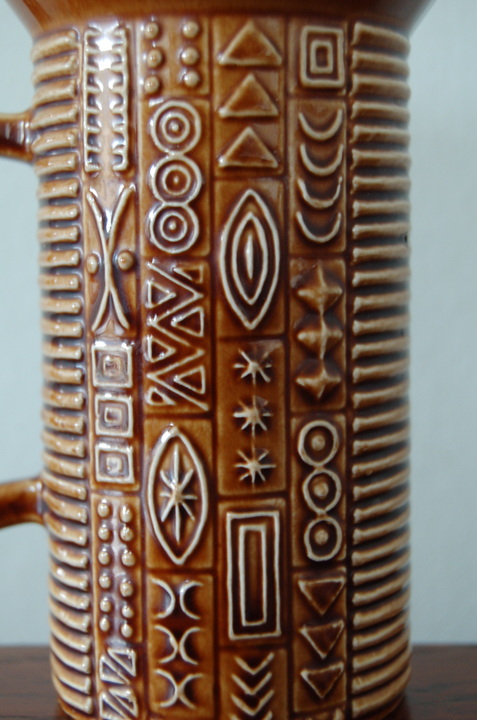 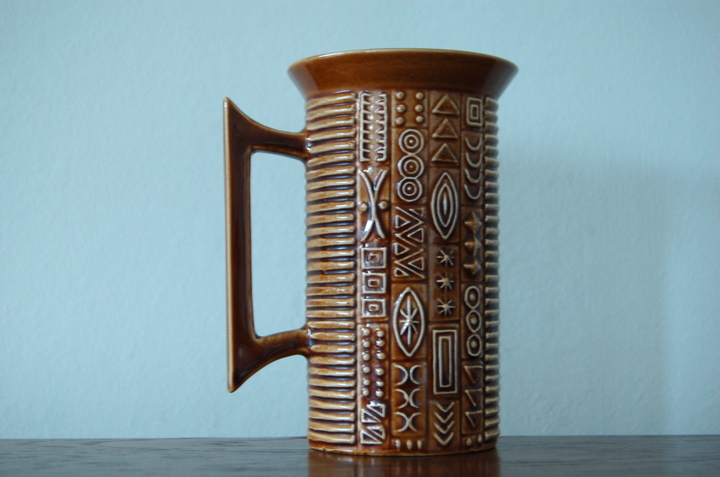 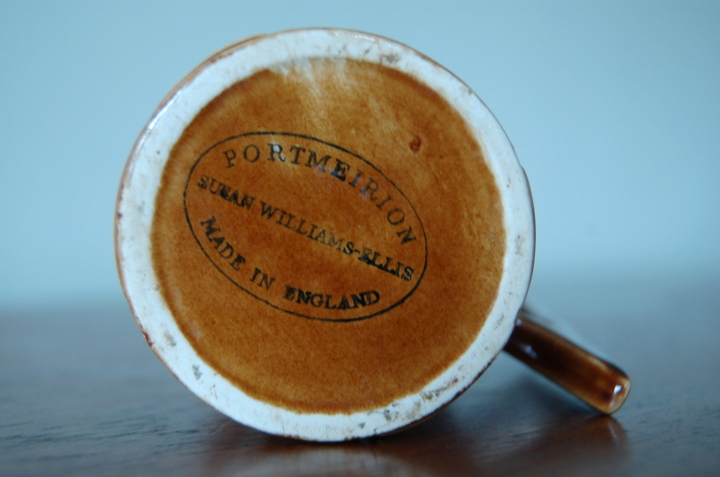 £15.00
Buy
A single mug in brown glaze, featuring the Cypher pattern from the Serif range by Portmeirion. Inspired by ancient Minoan art from Crete, the inspiration for Cypher, the dense raised relief pattern highlights the glaze in a startling way. The brown version is comparatively rare these days.